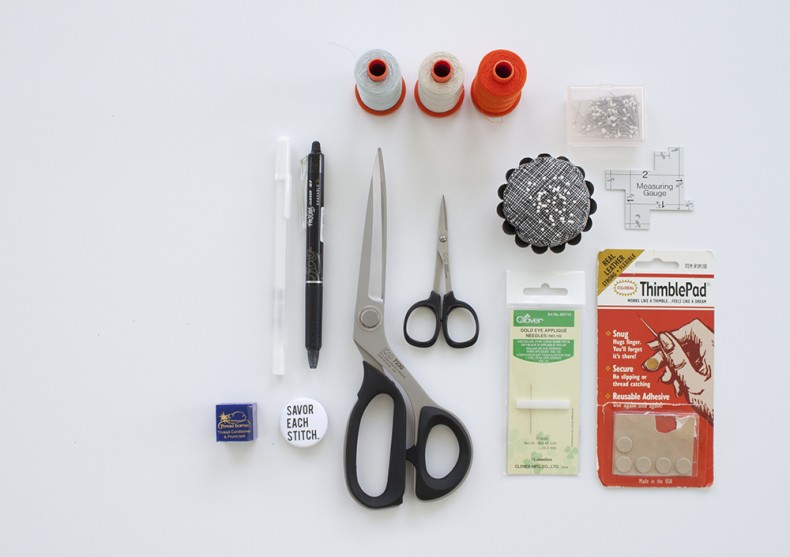 I have a slight update on my needle-turn appliqué tools since my first post almost two years ago. Actually, if you look back you’ll notice that not much has changed. I still like many of the same things–Aurifil thread, Clover pins, thimble pads, Dritz seam gauge…but, I have changed my thoughts when it comes to scissors.

Earlier this year, I was at a show where I was able to get my hands on some Kai scissors. My previous scissors had failed in a demonstration while I was teaching–which totally bugged me–but it also made me realize that they’d gotten dull after a lot of use. (Understandable). With many of my patterns, I’m cutting through multiple layers of fabric at a time, and so I need a pair that is really sharp and precise. Because of all of this, I was especially receptive to trying something new. 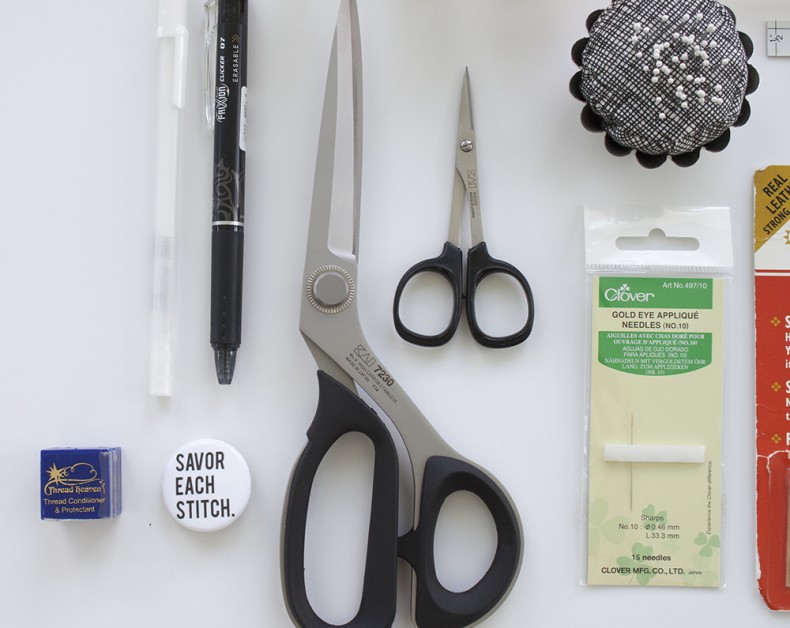 After trying everything on the Kai demo table, I bought a pair of their 9″ professional shears. I was ridiculously eager to go home to try them and sure enough, they were amazing! Cutting through 8 layers felt like cutting through just 1. In fact, they seem a little too sharp to only be cutting through one layer at the times when that’s what I’m doing. But the best part is that if they ever get dull, I can send them back to get resharpened. I’m all about equipping myself with things that are made to last. To read more about other Kai scissors that I like and why, you can check out this post here.

Scissors soapbox aside, I always say that the tools for handwork are really important. When your hands are literally in the process, you can feel the difference between something that works well and something that doesn’t.

(Disclaimer: everyone’s hands are different, so I recommend trying a variety of things to get a feel for what works best for you. Needles are a perfect example of this. Go to the store with a friend and each of you buy a couple of different packs of needles–they usually aren’t too expensive. Then do a trade. In exploring the options, you’ll be able to find one that feels right and will work well for you.) 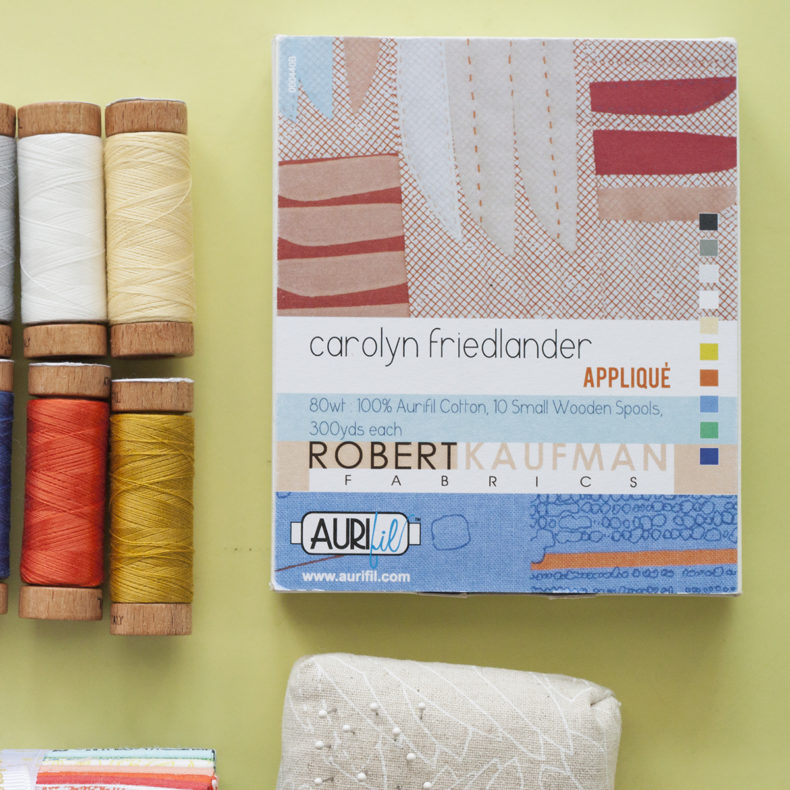 + Thread for project (such as Aurifil Cotton 50wt and 80wt. I like using 50wt for basting and 80wt for appliqué.)

+ Appliqué needles (such as Clover Gold Eye Appliqué Needles No. 10, and see disclaimer note above)

What are your favorite tools? 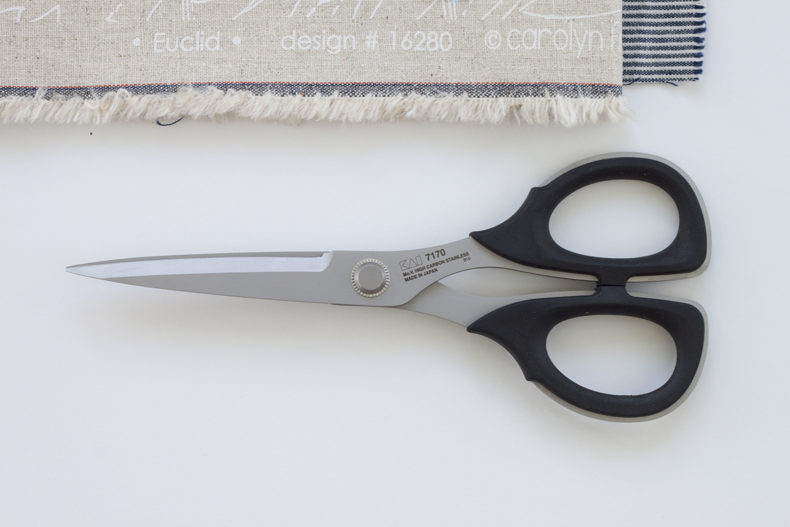