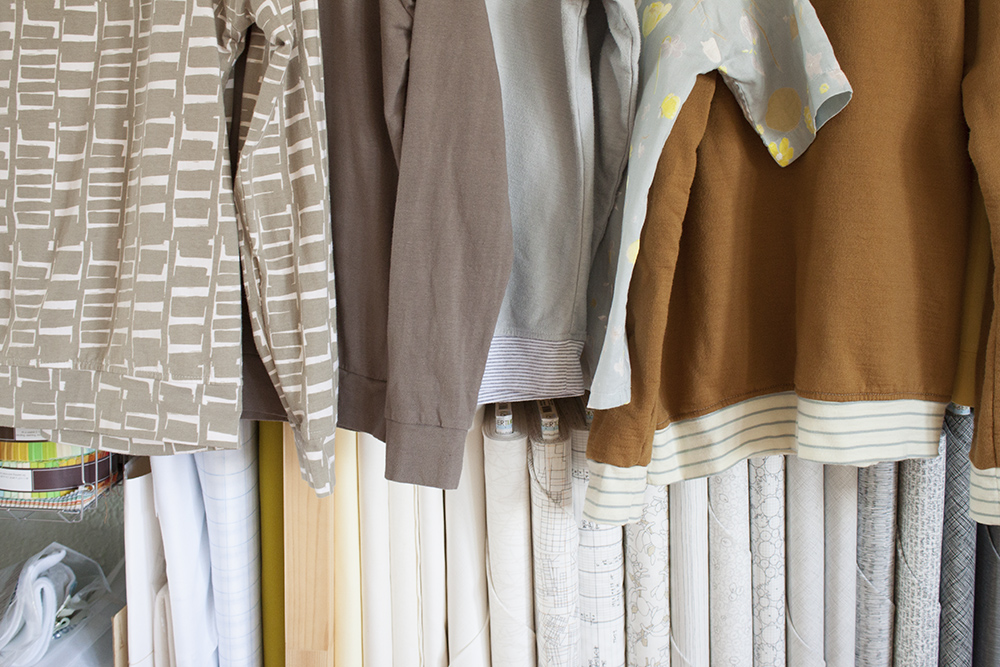 And I’ve made many.

It started with one, that quickly became two…and now I have six, plus a massive pile of knit fabric that I’ve been accumulating with more Lindens in mind. 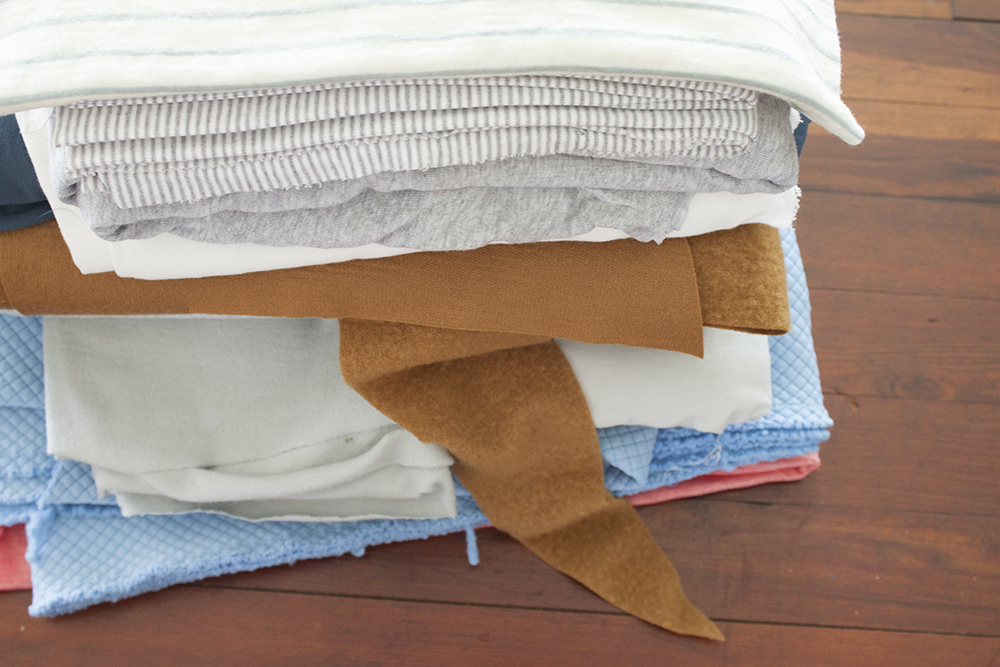 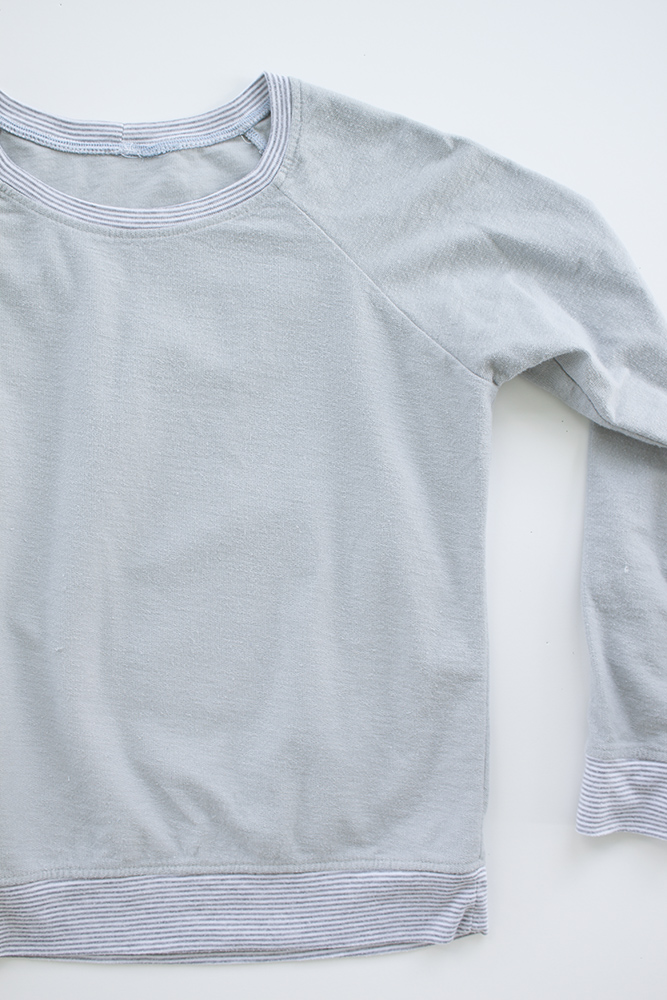 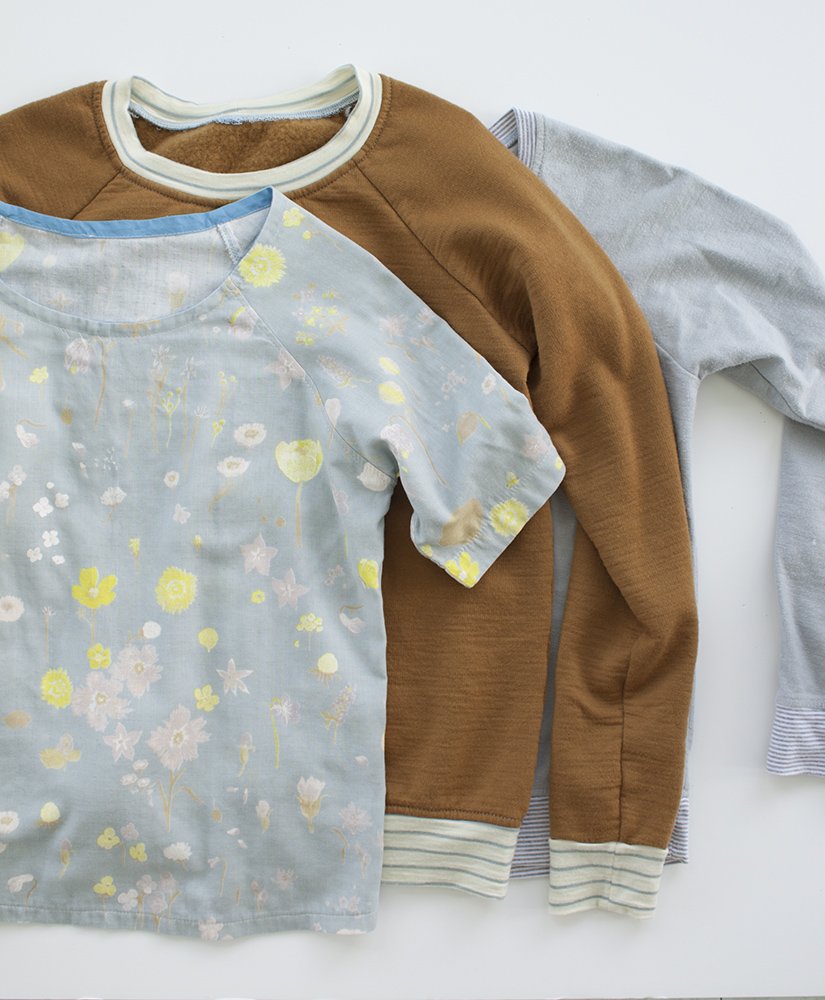 I can’t take credit for the idea to make one using double gauze. At QuiltCon, Jo from Suppose was wearing one, and I was obsessed. I had to try it out first thing when I got home. 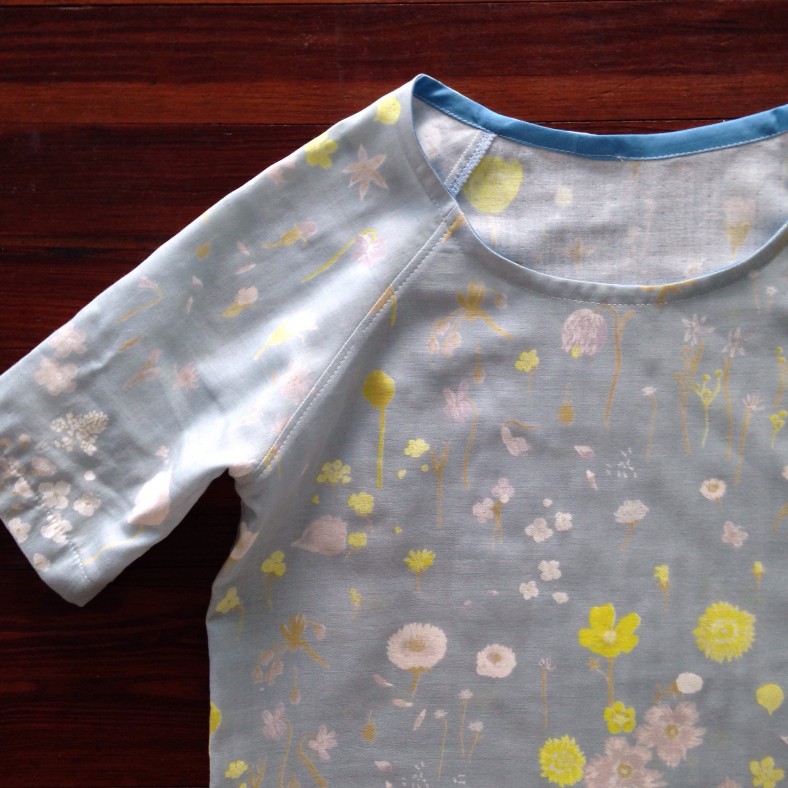 I did a bias tape finish at the neck after enlarging it just a bit. I’d already shortened the sleeves on my other versions, which worked out well here. Plus, I added just a bit of shaping to the hem to make it more shirt-like (not super obvious in the photo). In future versions, I’ll make it just a tad longer, but I was maximizing the little yardage that I had to make this one. (Typical.) 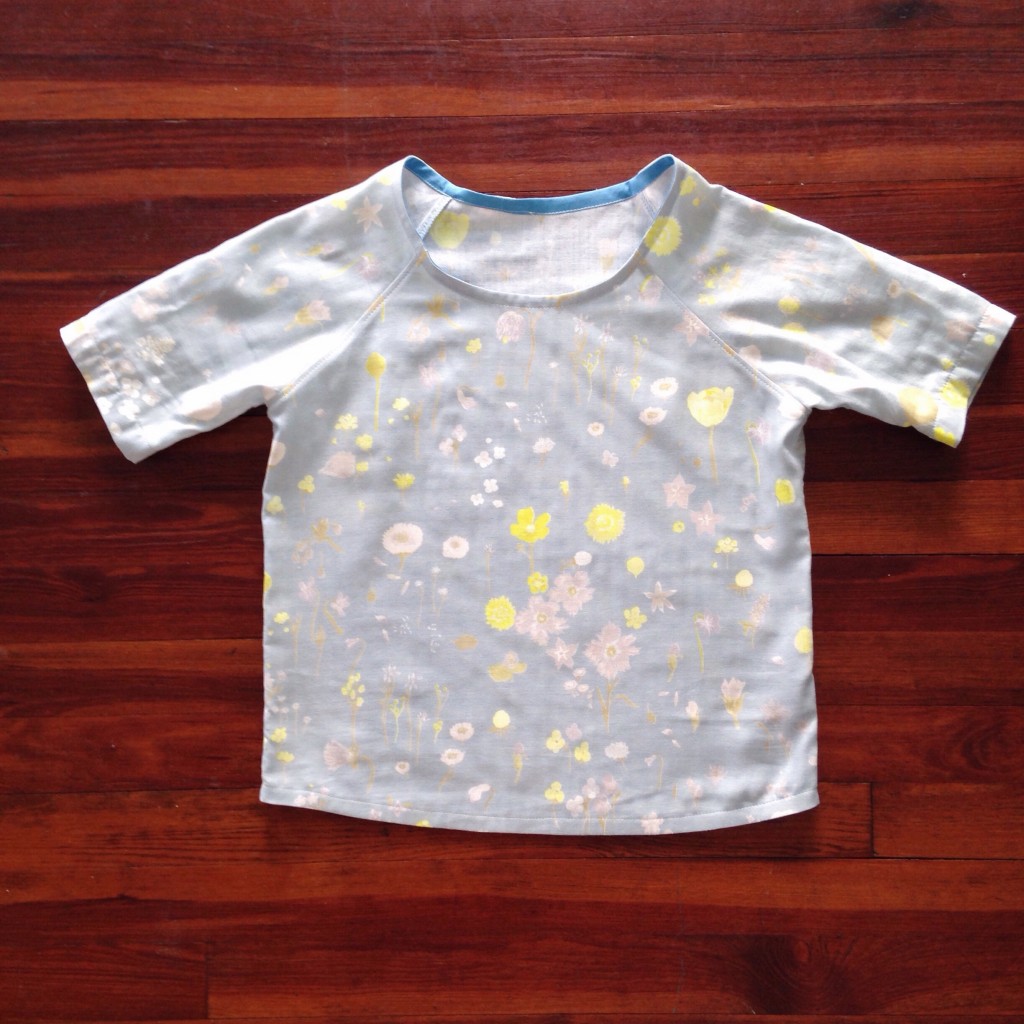 What I really like about the pattern (well, make that pretty much all Grainline patterns…) is that it’s so versatile. If you just change the type of knit or fabric in general, you get something totally different and equally useful. I’ve made three so far from shirt-weight knit, and they are the perfect layering piece. 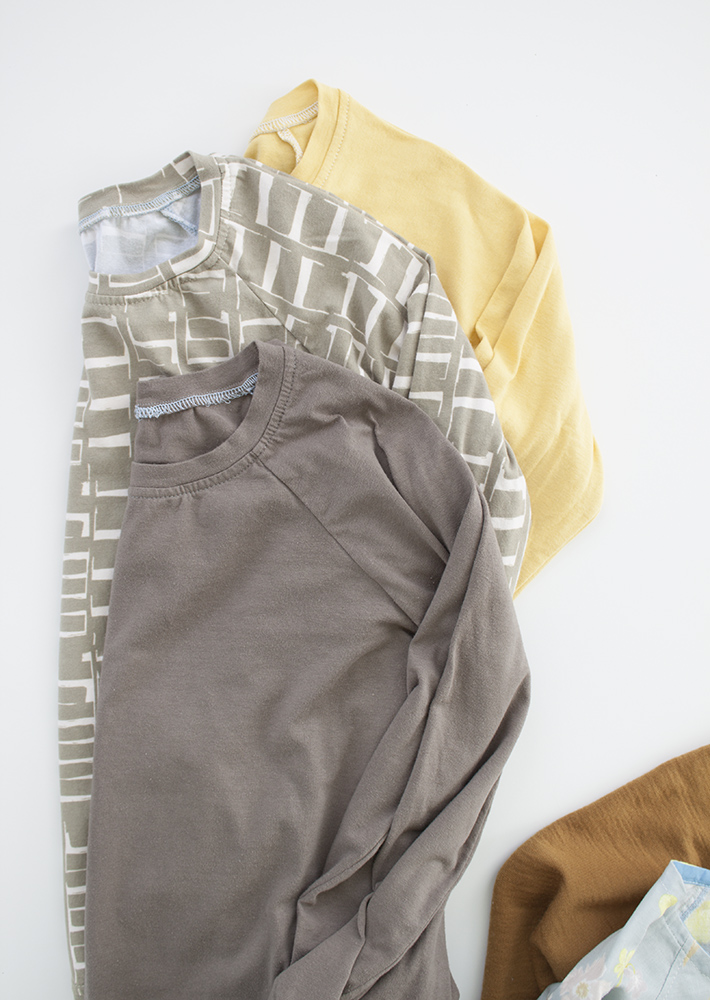 Linden, I love you. 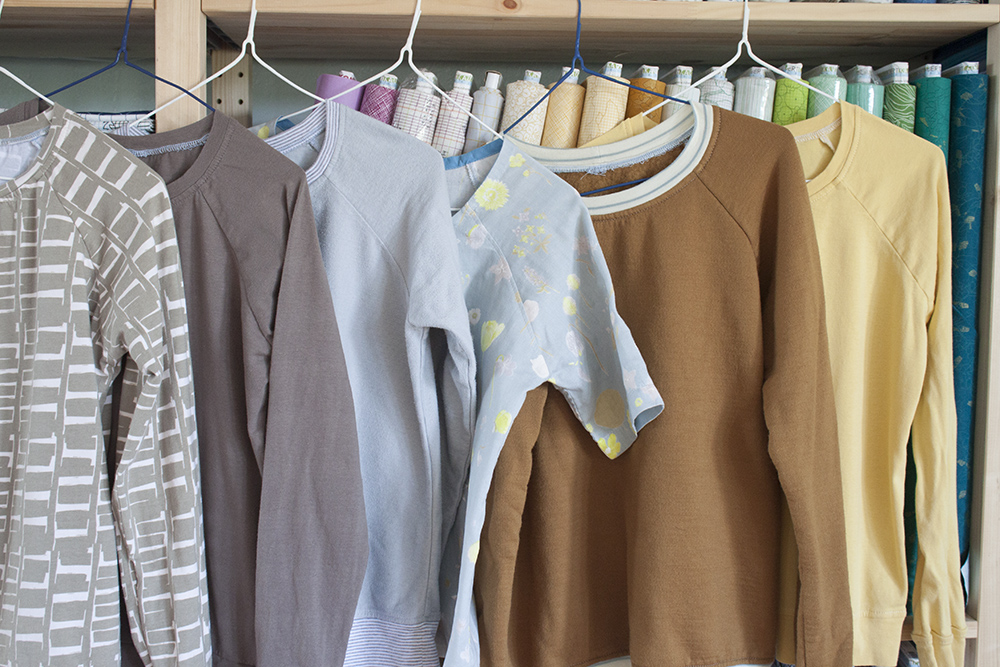 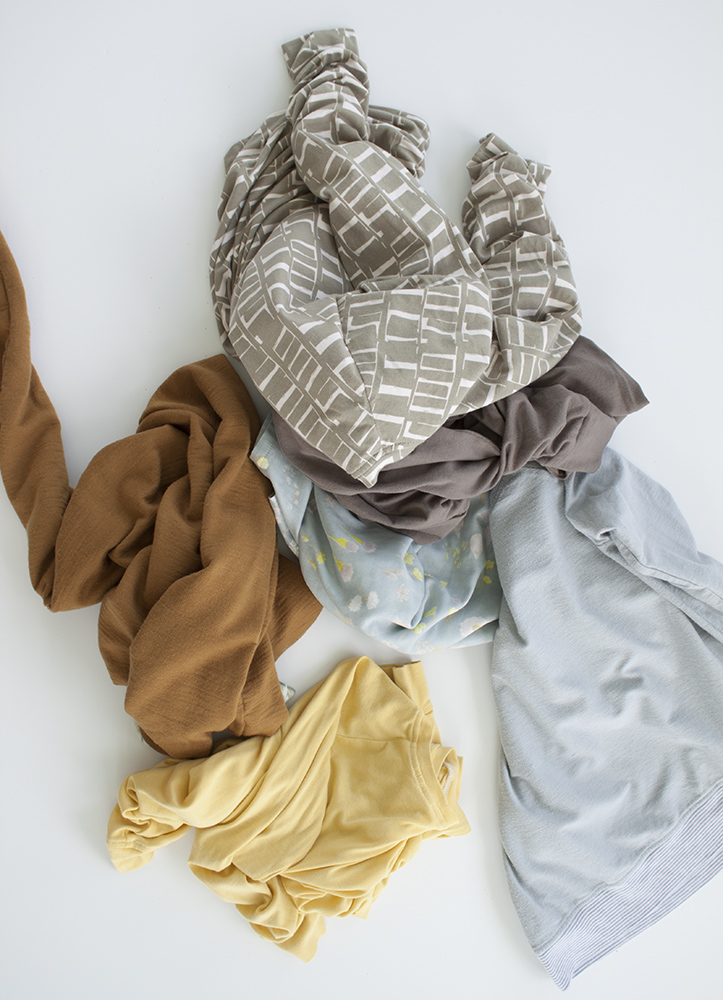