Furniture or projectile? I think that’s part of the fun of the pouf. Or at least, that’s the way I saw it Christmas morning as my 5-year-old nephew launched his new pouf across the room before going in for a very excited landing on it himself. The Carkai poufs that I made for him, his 2-year-old brother (my other nephew) and their 1-year-old cousin (my niece) were a hit (ha!) to say the least. 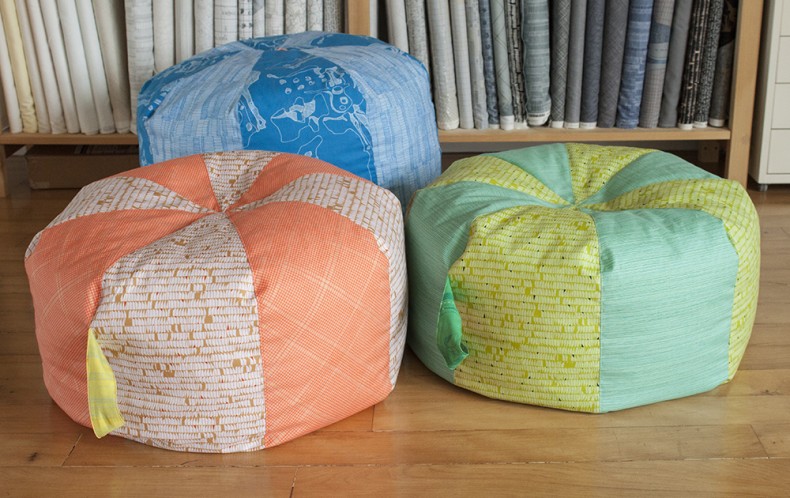 A pouf for each was a great excuse to share my new fabric (plus a couple of pieces from my previous lines) with them, make something handmade for the holidays, and gift something they’d actually use and love. Plus, as far as projects go, this was relatively quick and easy. 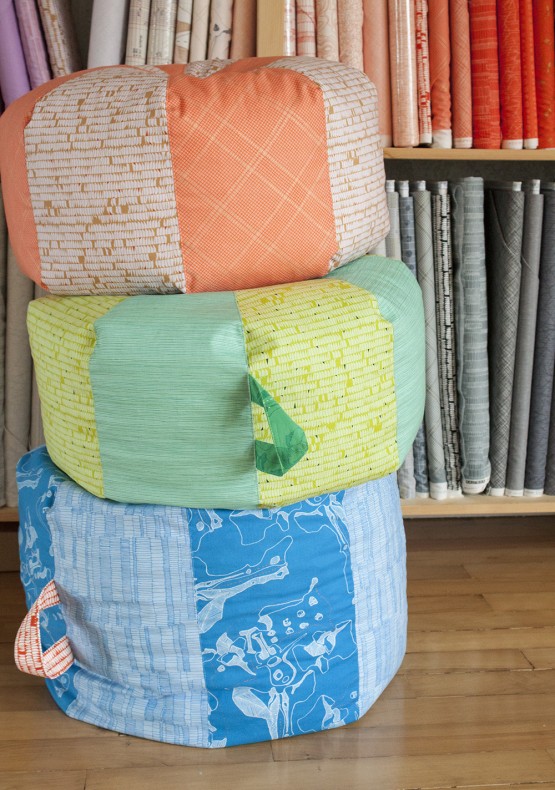 After getting the idea, I spent about 5 mins hunting for a tutorial or pattern on pinterest. There are so. many. This is the one that I decided to go with. It’s the general shape I wanted with easy piecing, but I also decided to add a handle after seeing that a few times on pinterest. 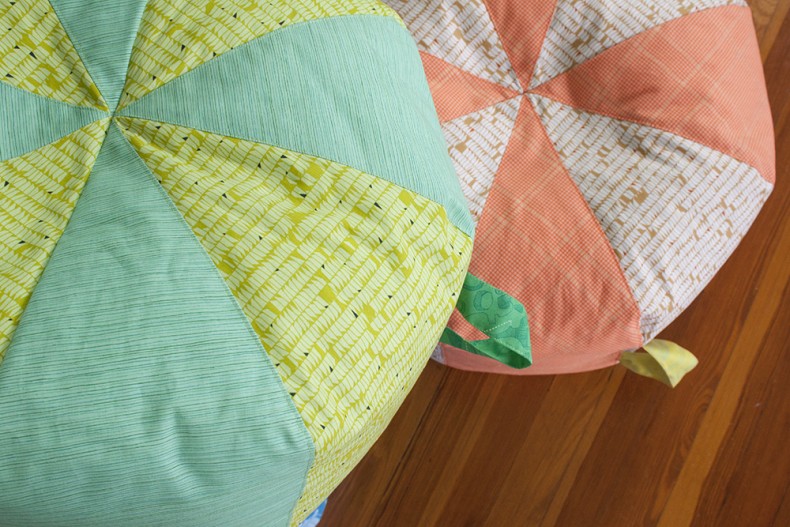 Big warning on the tutorial, I made several changes to it because of durability, size and just to make it work out.

#1. The tutorial suggests pressing seams open. I did not do this. An open seam is the weakest seam option, and when the object you’re making will stress those seams, pressing to one side and top stitching makes more sense. 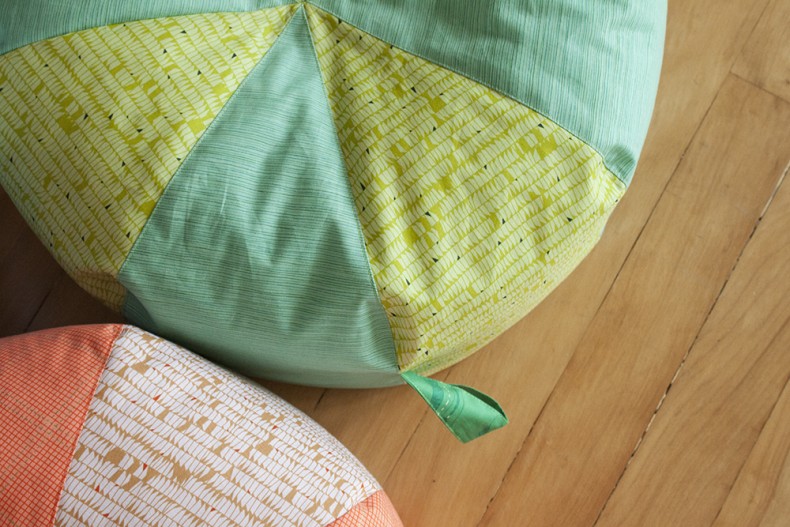 #2. Sew the pieces together with a 3/8″ seam allowance. This reduces the overall size, increases the seam allowance, and makes the piecing work out better than the recommended 1/4″ seam allowance. For the first one that I made (the blue one), I followed the instructions and used the 1/4″ seam allowances and my pieces did not match up correctly. This is why I had to add the circles in the center to close things up. Not terrible, just not necessary if you sew a larger seam. 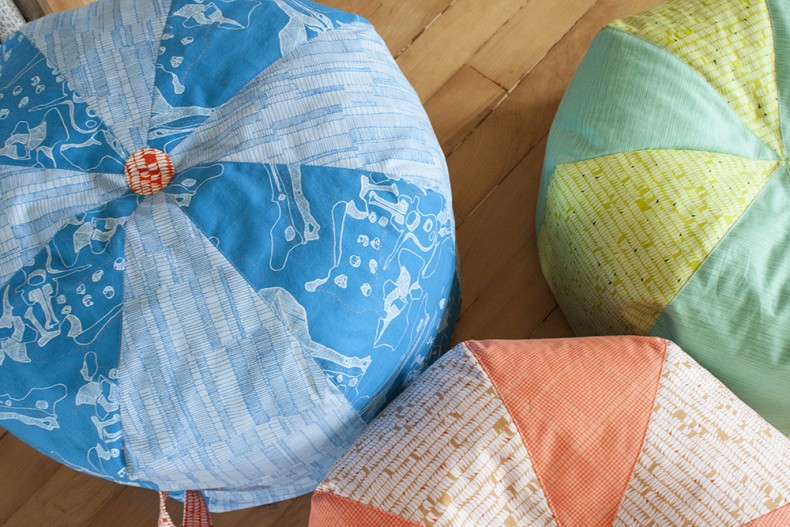 #3. After making the first one at full-scale, I reduced the length of the straight section on the pattern piece to about 9″ between the triangular bits. This made for a much better size. 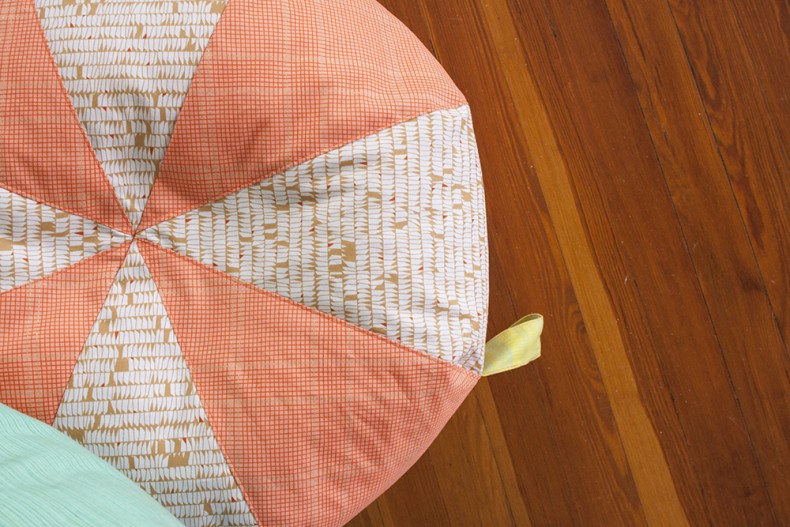 Also, if you’re planning to make these, you’ll need filling and may want to plan ahead…which I didn’t. I had some shredded foam on hand that halfway filled the first one, and then I had to figure out how to fill the rest of them. While the shredded foam has a nice weight to it, it was a big mess and not super easy to use, so I wanted to explore other options to finish up. This is what I’ll use in the future and what I would have used if Amazon hadn’t been out of stock when I needed it. What I ended up doing was buying a big beanbag chair at my local big box store. It seemed to be filled with the same stuff that you can buy on Amazon and was enough to finish up the first pouf that was already partially full as well as the other two. Win. 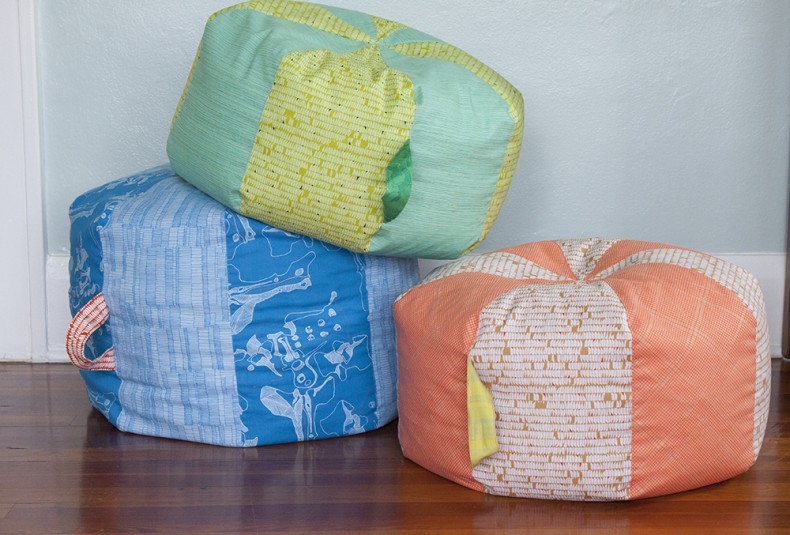 Another bonus of gifting a pouf is that they require impressively large boxes to wrap them in (again, plan ahead and start saving big boxes). This added allure and excitement to the experience. 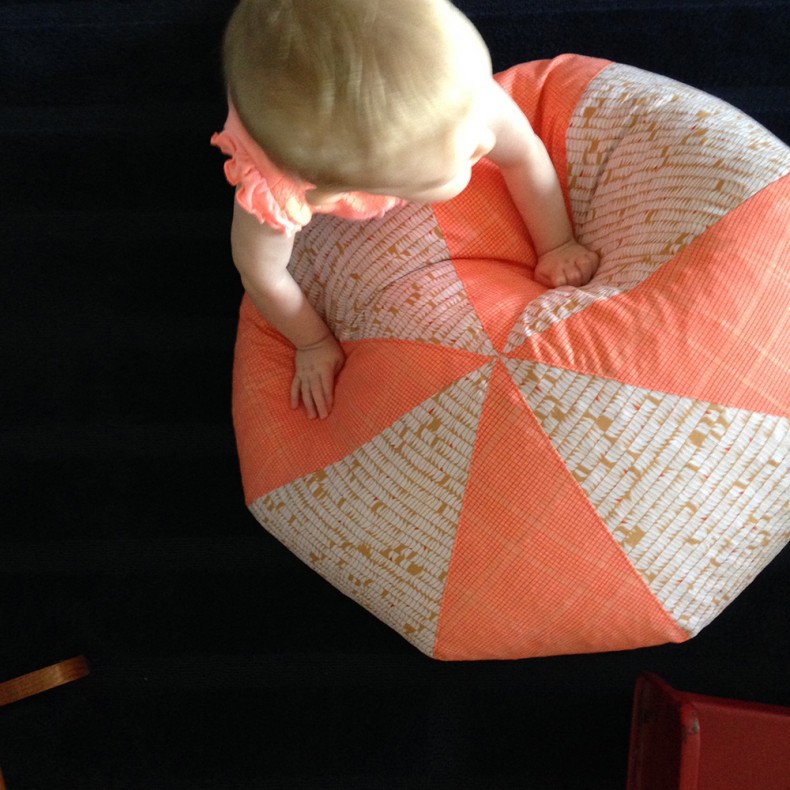