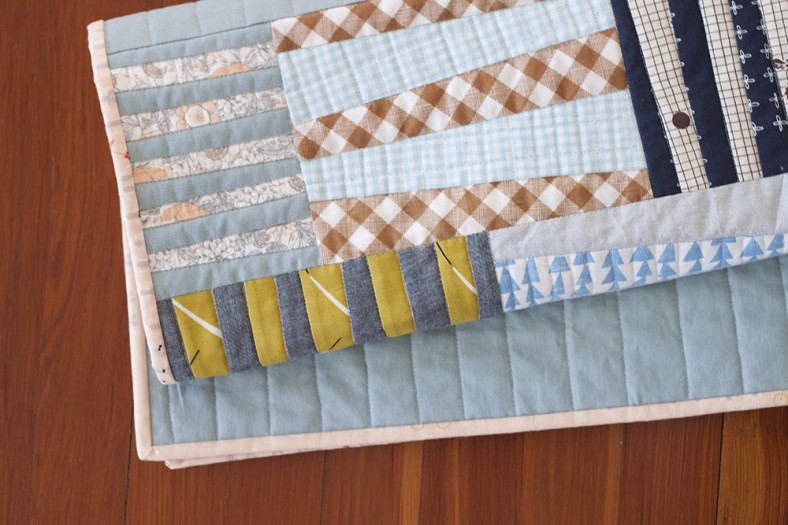 Almost any day now, my sister will be giving birth to her first kid. I’m excited to be an aunt again. My brother has two little boys, and they’ve been a great joy in my life as well as a blast to sew for. My sister however, is having a girl, which will change things up. I’ve gotten so used to needing to be creative with what I sew for my nephews. While there are some great boys-sewing projects and fabrics out there, the options pale in comparison to the overabundance of projects and fabrics for girls.

Today and tomorrow, I’m doing a couple of posts for two things that I’ve made for her and her new baby. First up, is a Totem quilt. 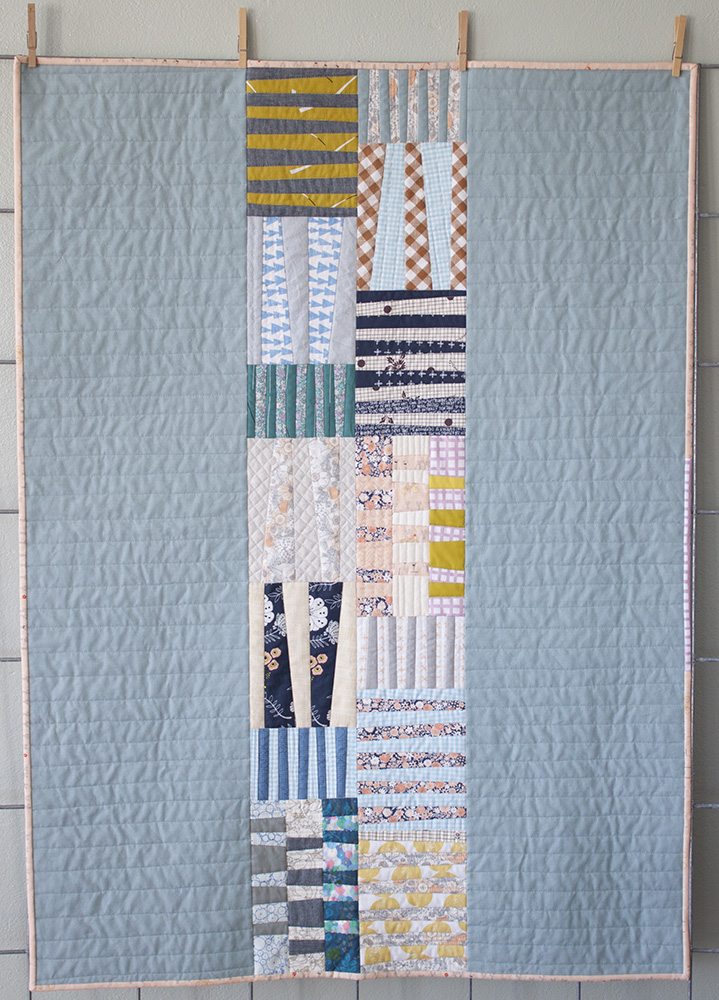 I started this project much earlier this summer, long before I knew the gender. Had I known what they were having then, it wouldn’t have changed much. I like the idea of creating something that can appeal to both baby–regardless of gender–and parents, and not necessarily cater to stereotypes. We don’t know what the baby’s tastes are going to be, so why not give her some variety? It was fun to make it more of a creative challenge to find a mix of things that would be pleasing to all parties involved. 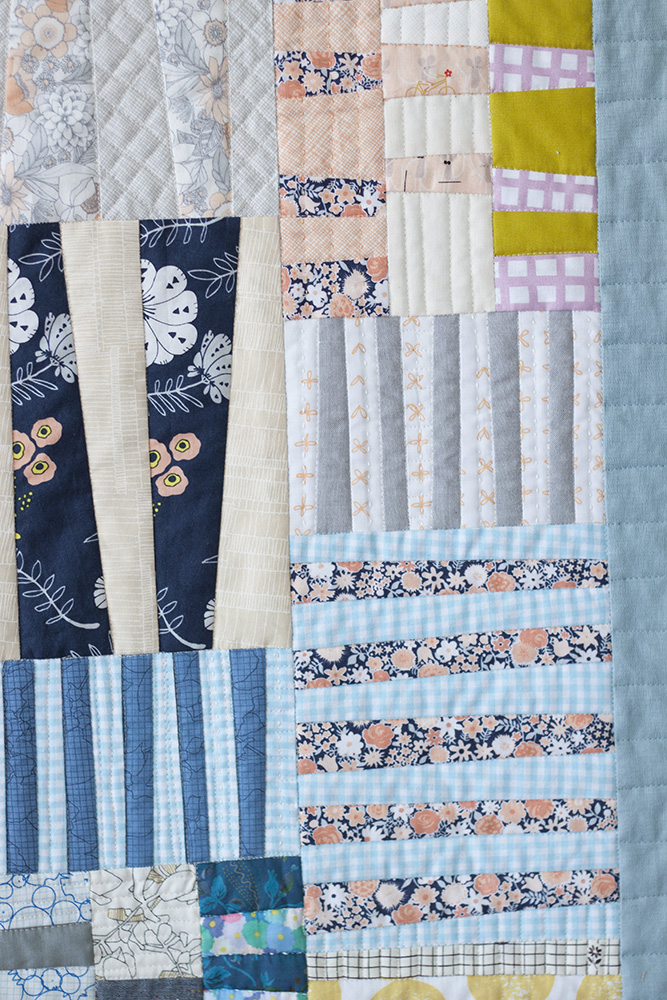 Eventually, we did find out the gender, and so I might have loosened up by adding more small florals, that still weren’t too in-your-face-feminine. I kept to a soft palette of pretty peaches and blues, with some chambrays, gingham and other wovens for added texture. Of course, I also made sure that all of my fabric lines so far were represented–architextures, botanics and doe. 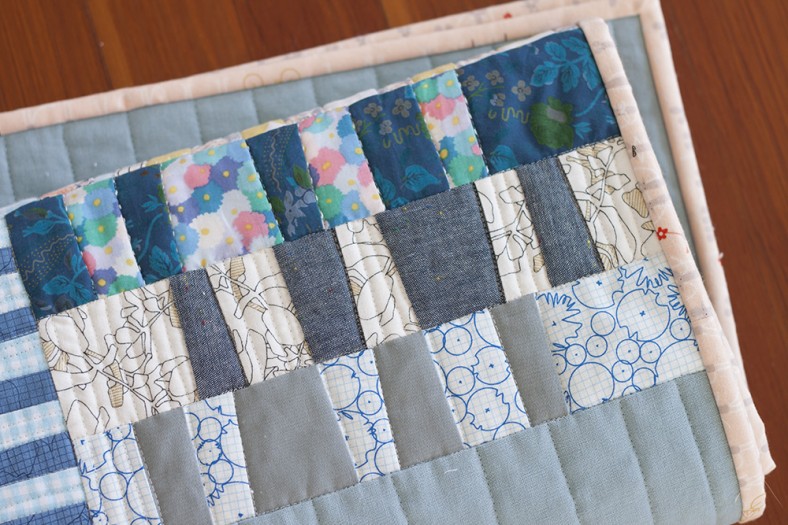 Choosing the fabric for the borders was a bit of a tough decision. I wavered slightly between going for more of a peach, but the soft Dusty Blue Essex linen that I went with was what I had in mind all along. It just looked and felt right. When I sister brought it into the baby’s room for the first time, we realized that the border fabric matched her rocking chair perfectly. 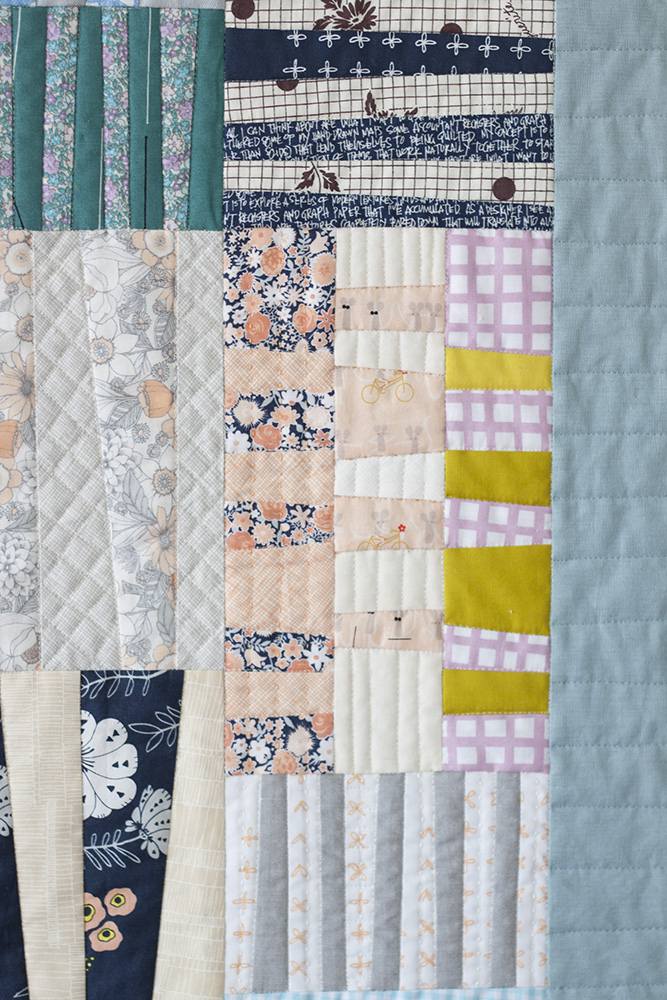 On the back, I went with a pretty Leah Duncan floral print. I didn’t have quite enough, so I was able to squeeze in a little bit of a Lotta Jansdotter print as well. I love how the combination of the two worked out in terms of both color and pattern. The binding fabric is from Lizzy House’s Catnap line. 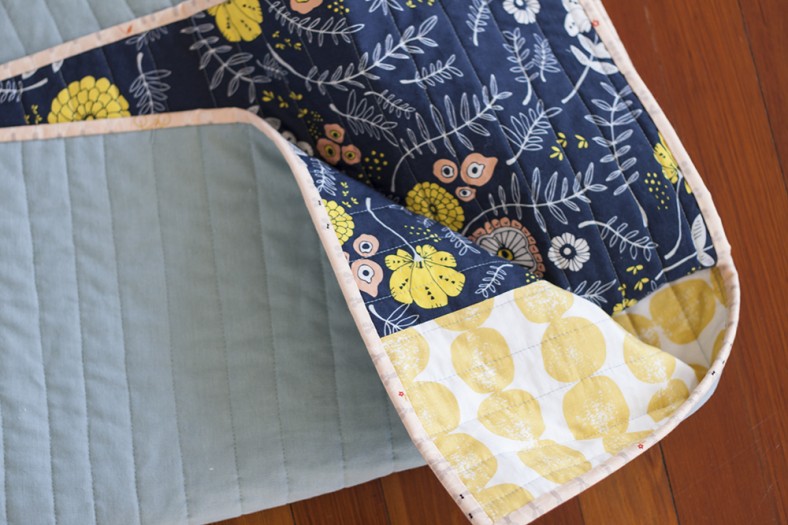 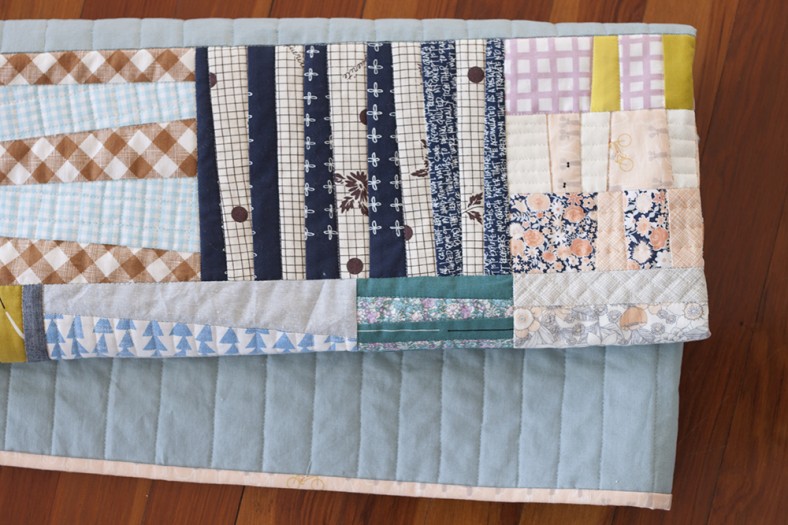