Sometimes it takes me a little while to photograph things after I’ve finished them. It’s just something that I tend to put off. Sound familiar to anyone else? Last week, I finally tackled photographing a stack of recently finished projects. Here’s one of them. 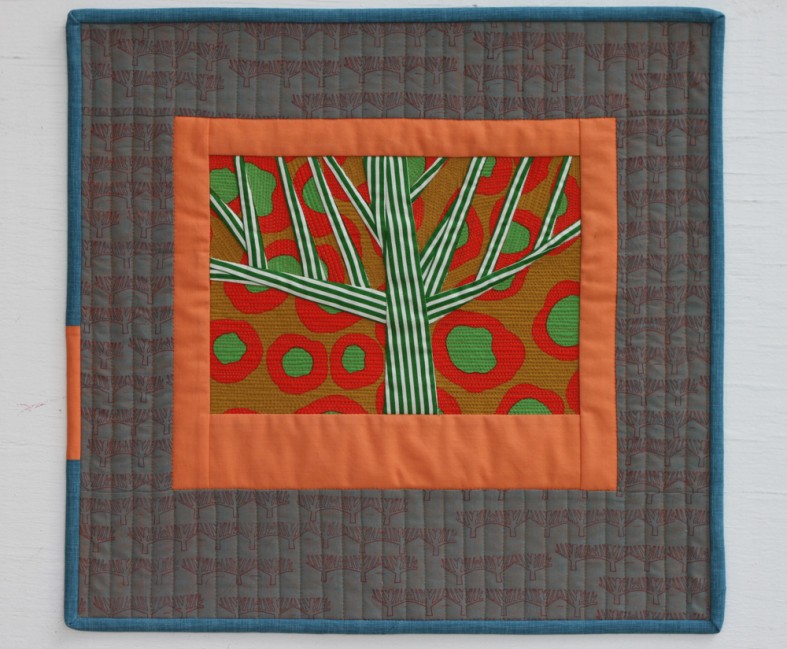 I made this block (from my Grove pattern) at an event in Vero a few weeks ago. After some thought, I decided that I kind of liked it all by itself, rather than making it into something larger. I’ve been into little projects lately. They are great for trying out new ideas. Plus they make fun little pieces of art–and gifts too.

I liked the idea of using my art quilt stamps to create my own fabric for the border. In doing this, I realized one benefit to printing my own fabric was that I did not have to fussy-cut my directional print to work out in my project. I just cut the strips for the border first and then stamped the print in the direction that I wanted them to go. So now they match. 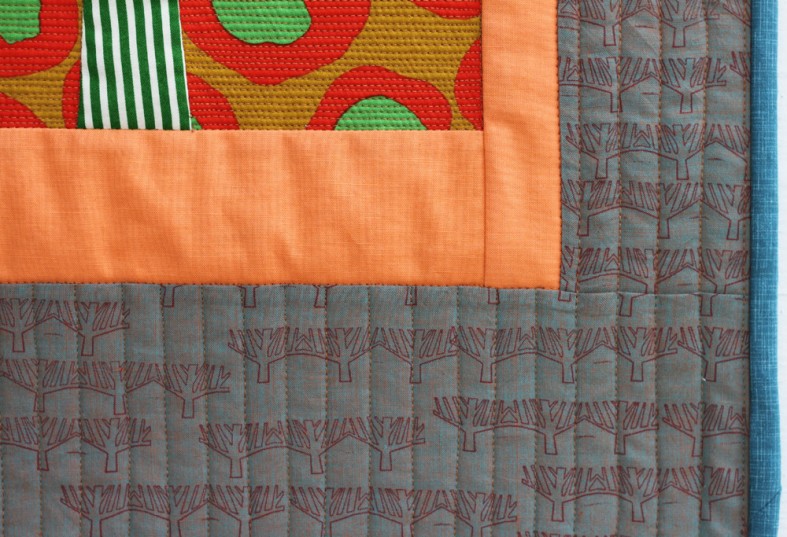 I’ve also been really into some straight-ish quilting. 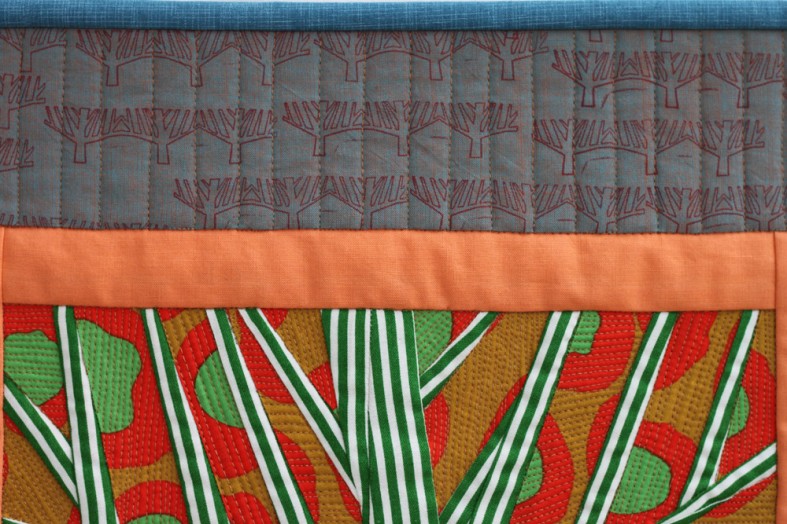 And here was the original sans stamping, borders, and quilting. It always amazes me to see how much each part of the process affects the way it looks and feels. 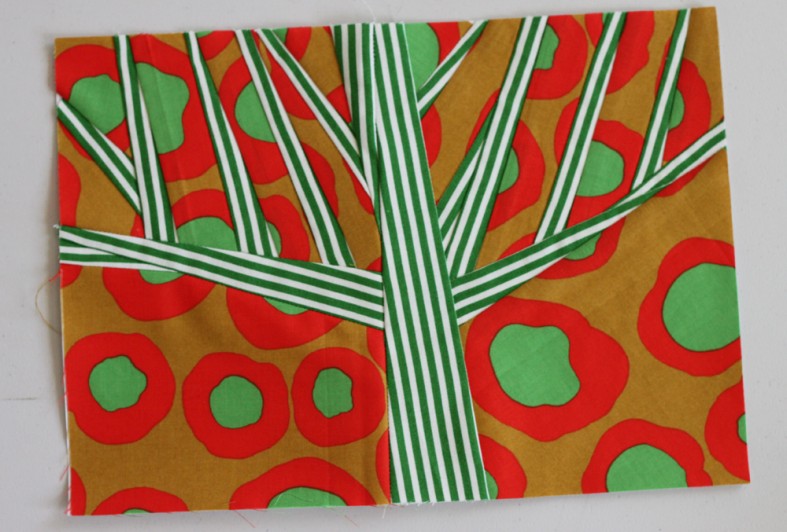