A couple of months back when I was in Kansas City, I was lucky to be able to do some fabric dying with my friend Kim. In addition to being a talented lady who is fun and easy to be around, she is also quite generous and let me come and hang out in her studio for a day. I’d never dyed anything before, so I arrived with an open mind and a bunch of different stuff to work with–mainly some stuff from Architextures and quite a bit from Doe.

We started by dying with a single color so that I could get a feel for that process. I chose yellow. That was fun. Then, I wanted to try some shibori. I like the idea of playing with pattern and could easily imagine how to use something like that in a quilt. 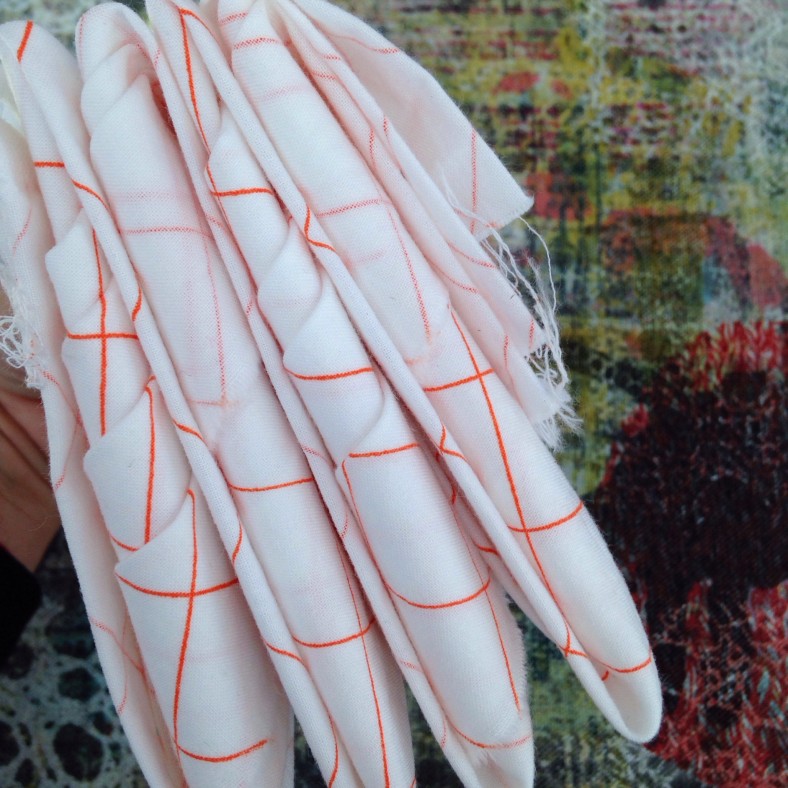 Kim also happened to have an indigo bath mixed up from an event. We quickly started to make use of that with more shibori. 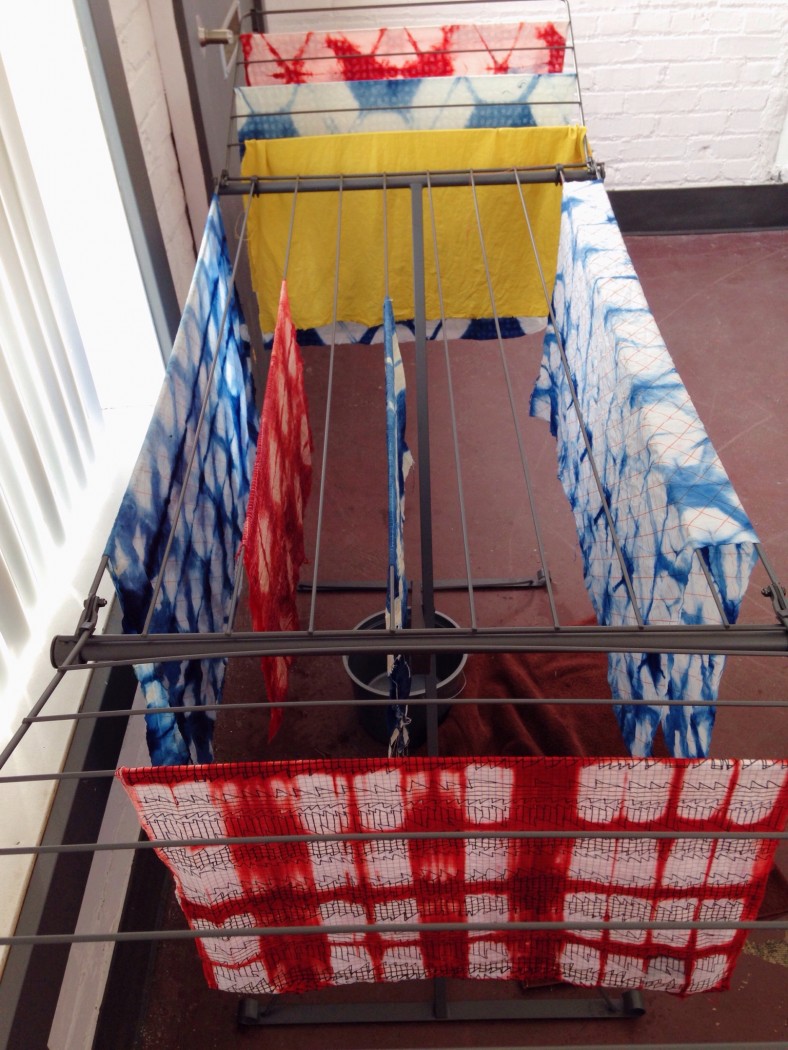 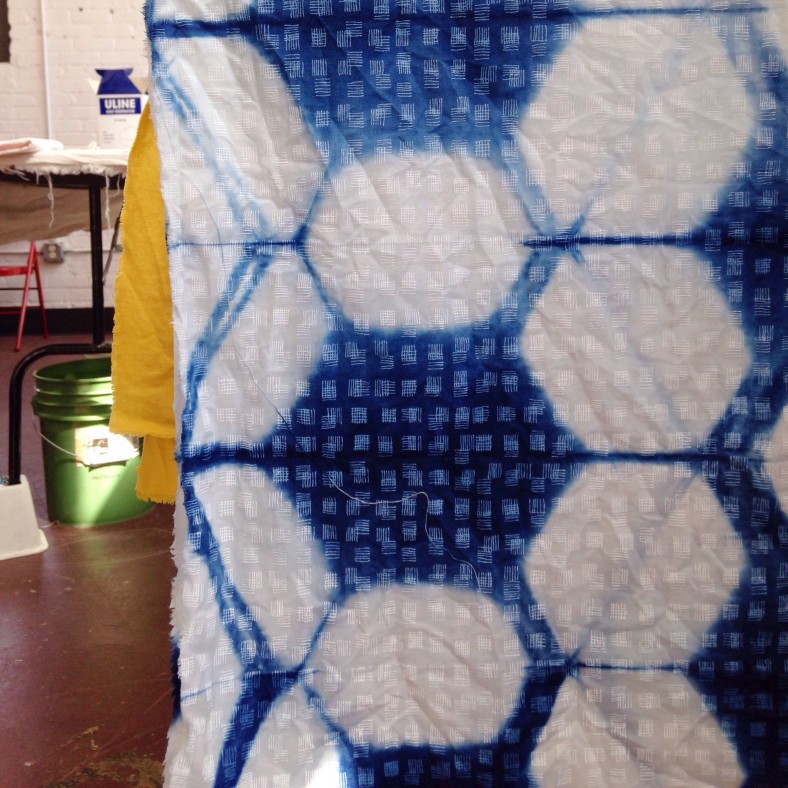 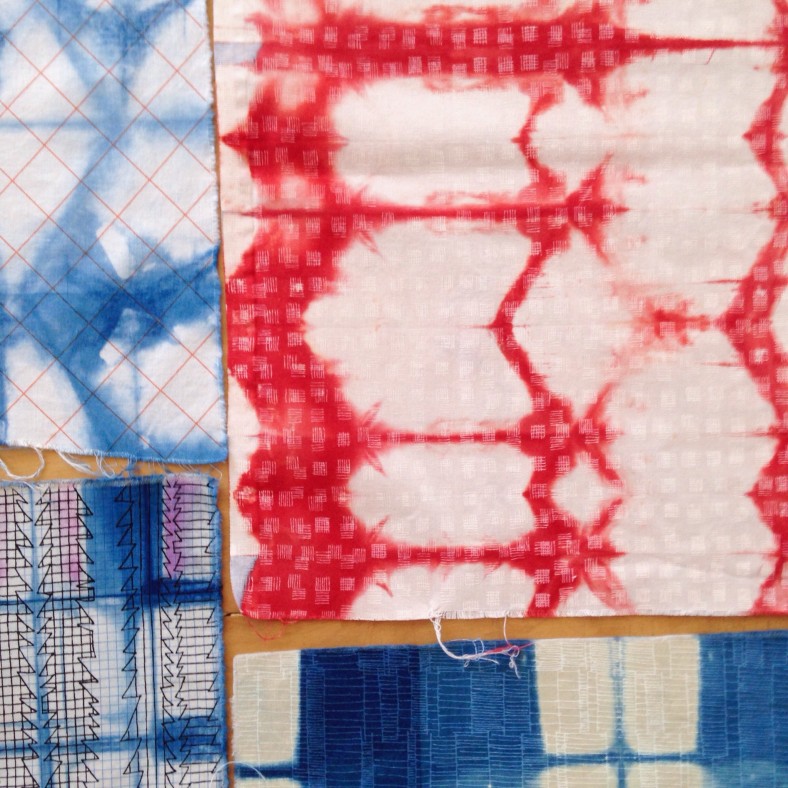 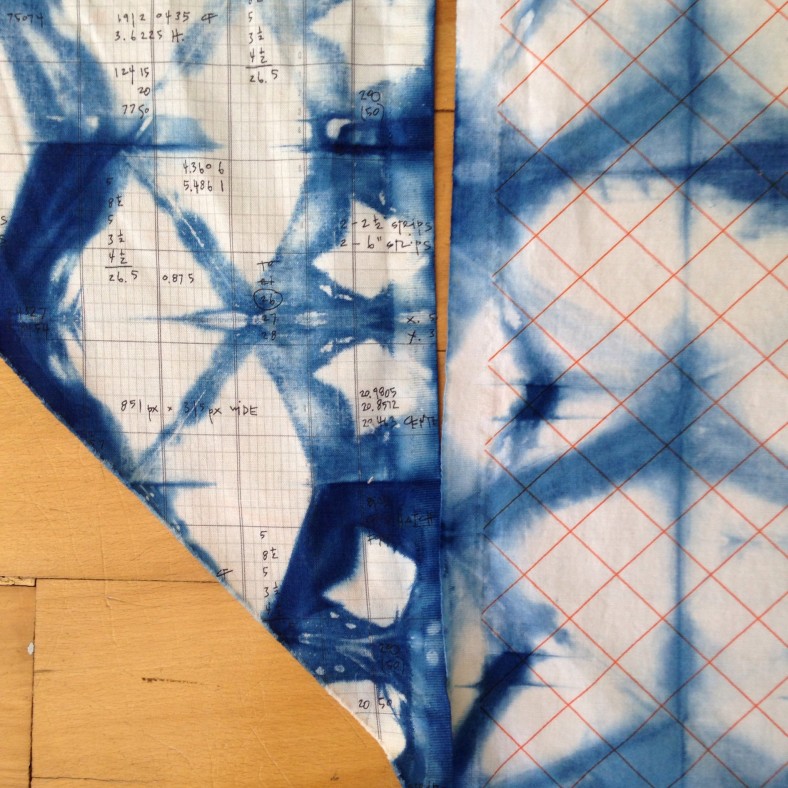 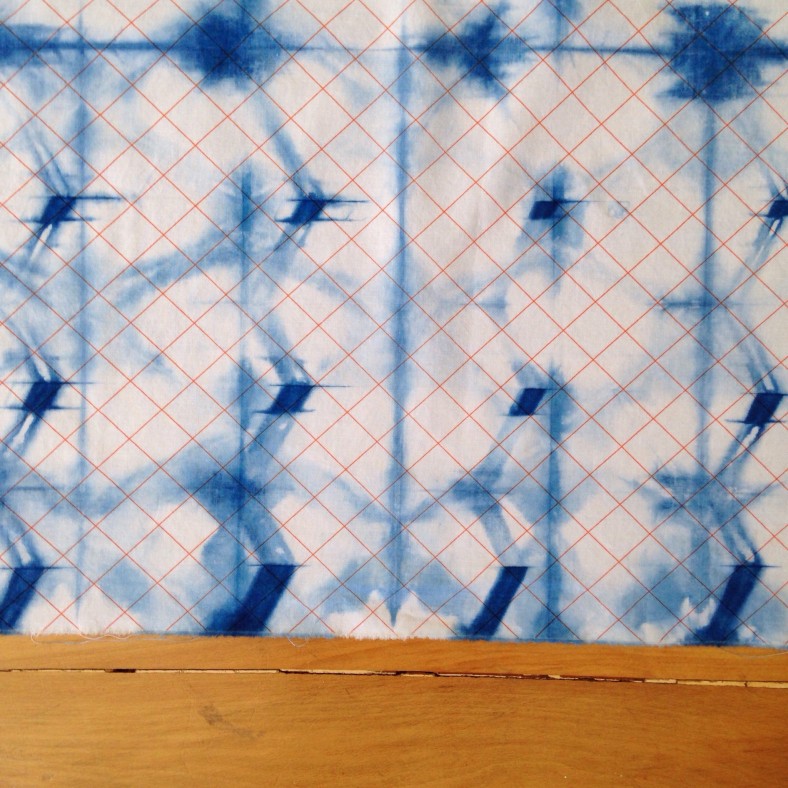 I have to say that I loved both the shibori technique and using the indigo. With shibori, you have to let go and embrace having little control over an exact outcome. Unfolding your piece for the first time at the end was my favorite part of the process.

My favorite piece that day ended up being a complete accident. I randomly threw on a couple of clothes pins for clamps, and what resulted was a pleasant surprise. 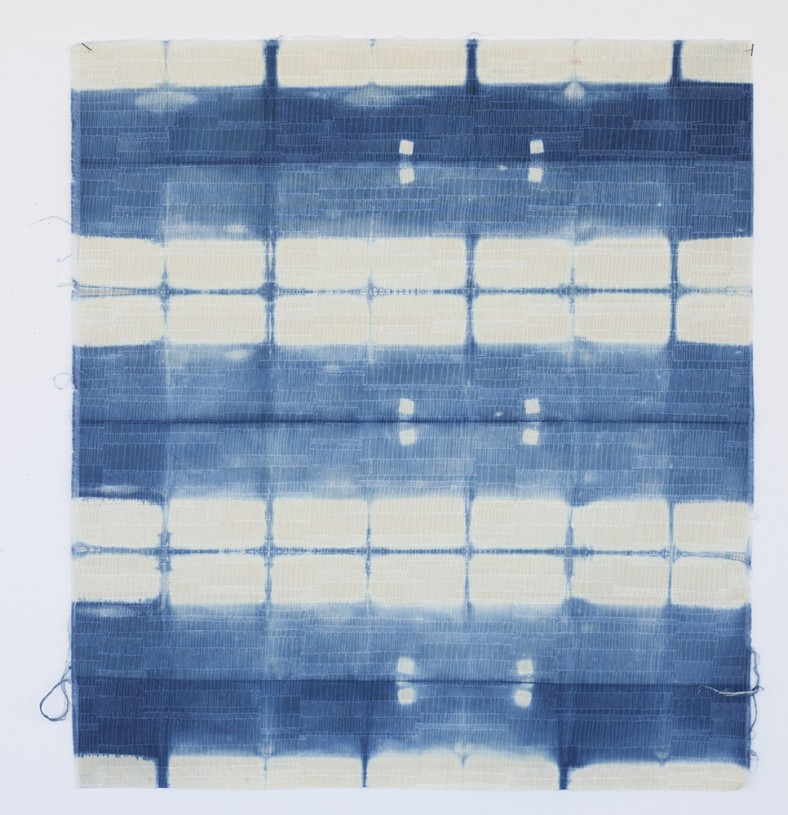 The indigo color on the cream and white print from Doe resulted in such a great color combination that I wished I’d brought more to play with. Seeing how well they work together, I know that I’ll be exploring more with this combination in the future.

As for this piece, I’m still deciding on the perfect project for it… 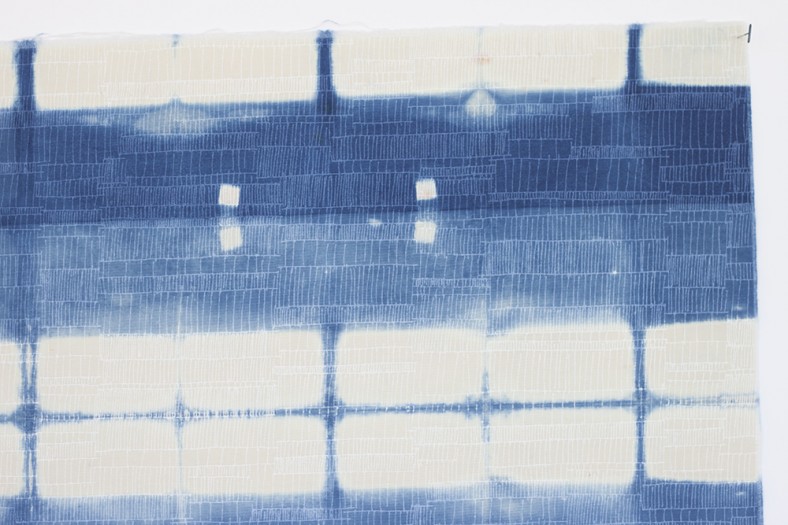 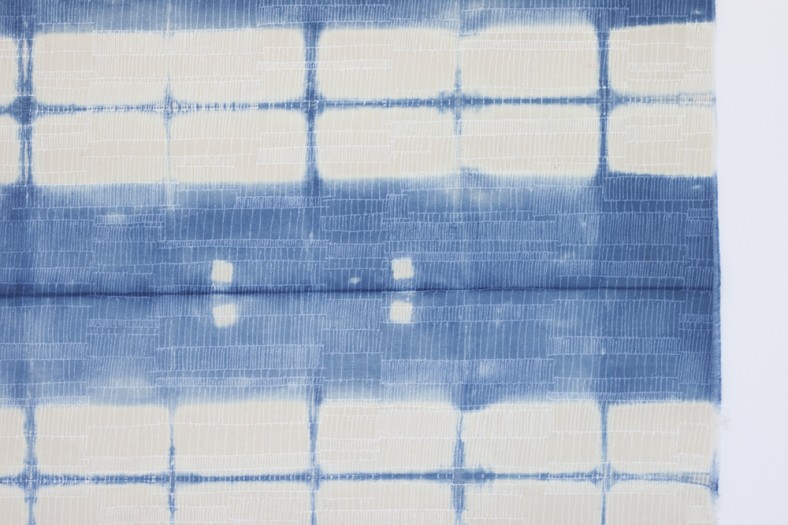 I didn’t have a plan ahead of time for what I wanted to do with the fabric that I was going to be dying with Kim, except that I did bring at least one piece that was large enough for some type of garment sewing. 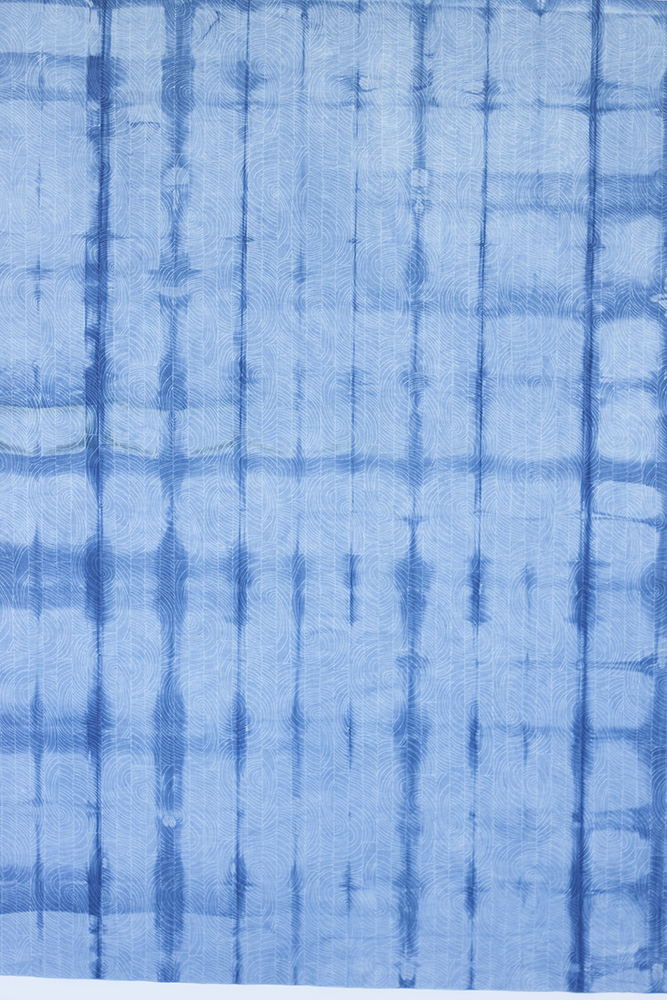 This was formally one of the white-on-white prints from Doe. I folded and clamped it, and then dipped it a few times in the dye bath. After unfolding it, I decided that I didn’t want any white left, so I left it unfolded and dipped the entire thing in for an all-over blue. 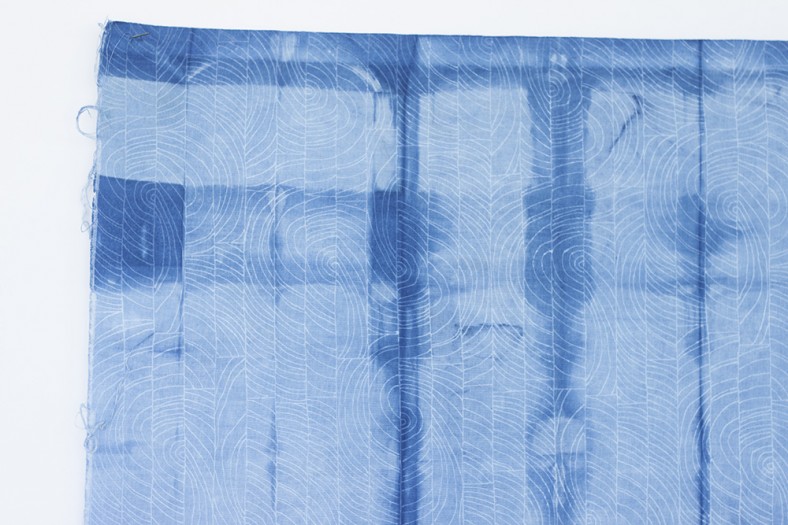 When I got back and assessed the situation, I decided that I would make a Wiksten Tank. This is a pattern that I love and make all of the time. Plus, as a garment, it’s a total staple for me. 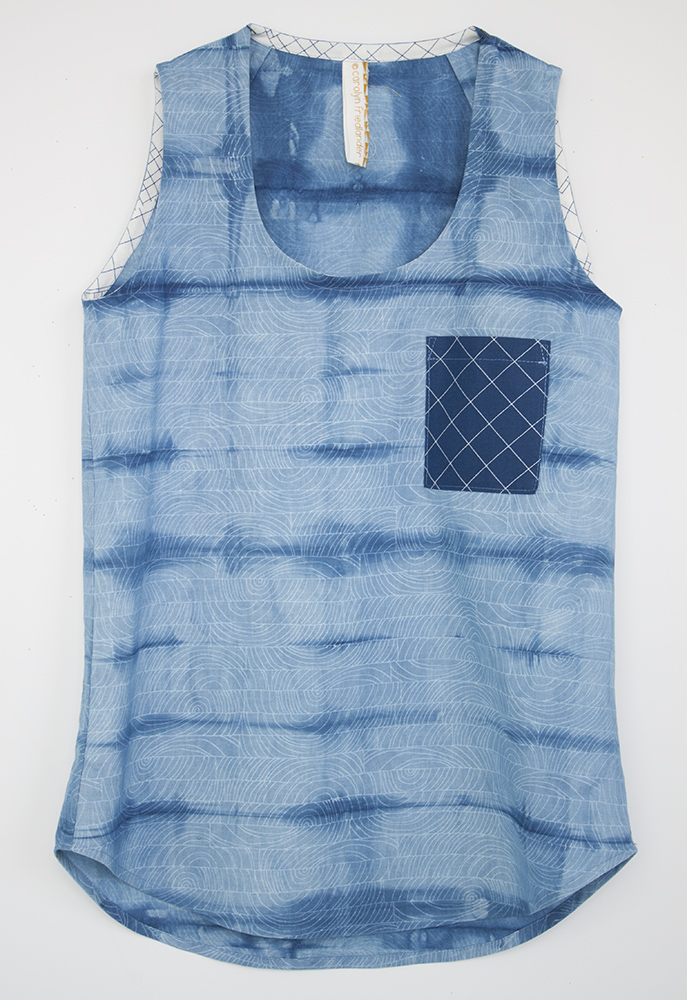 With my previous tanks, the thought never occurred to me to do a contrasting pocket, but when I was auditioning how to lay out the pocket for this version, I realized that using a contrasting fabric would be a great accent. I used the navy bias check from Doe, and I’m really pleased with the combination. The bias trim that I used at the neck and armholes is another print from Doe. It’s one that I’ve already used in a dress and as bias tape before (in this pair of shorts). 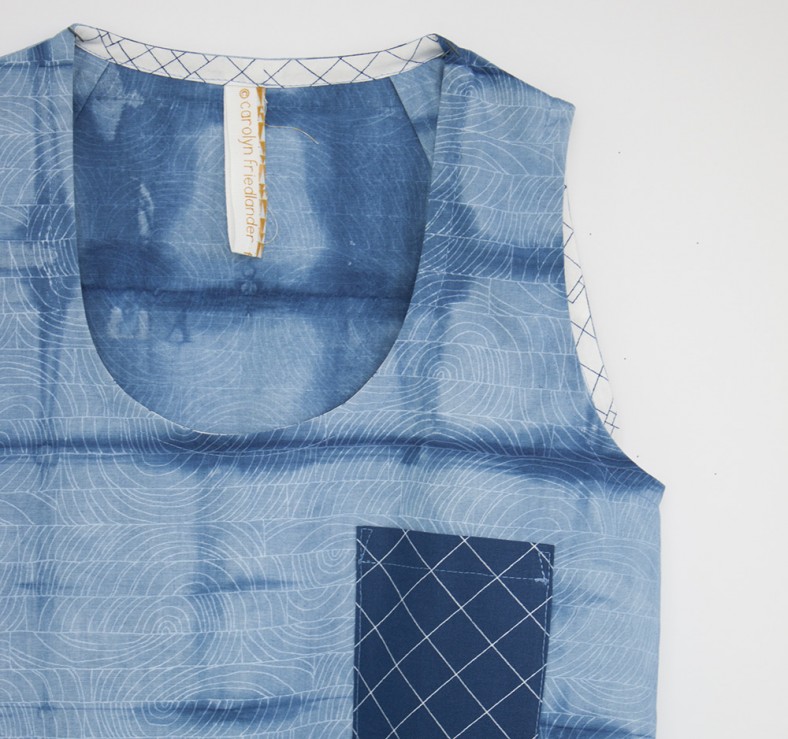 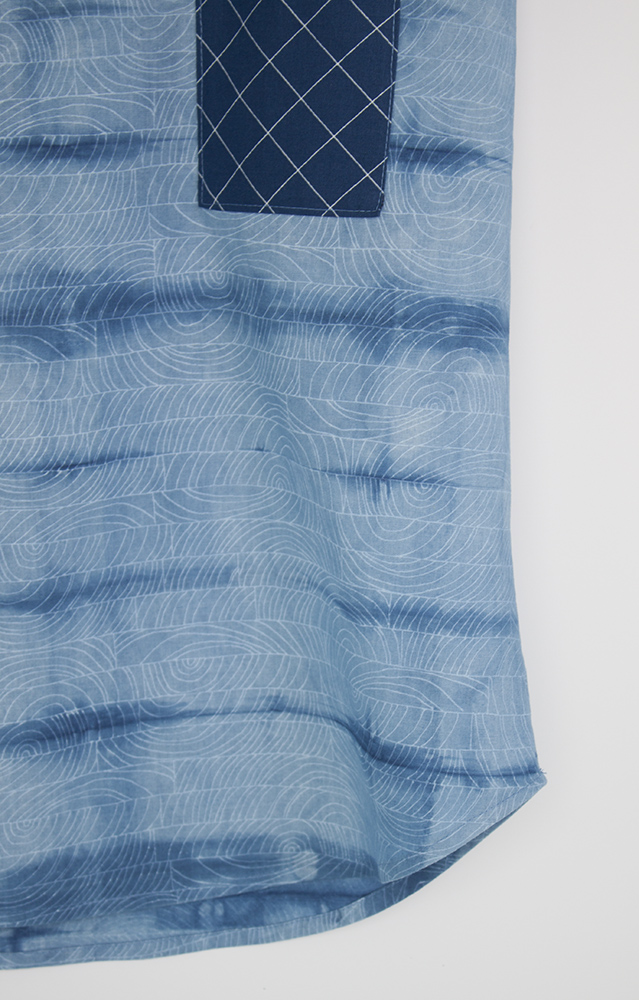 I wore this tank on the last day at Quilt Market. It was very fitting (and a good coincidence) that also on that day when I escaped to check out the quilts on display next door, I stumbled upon one of Kim’s quilts from her book (Modern Color 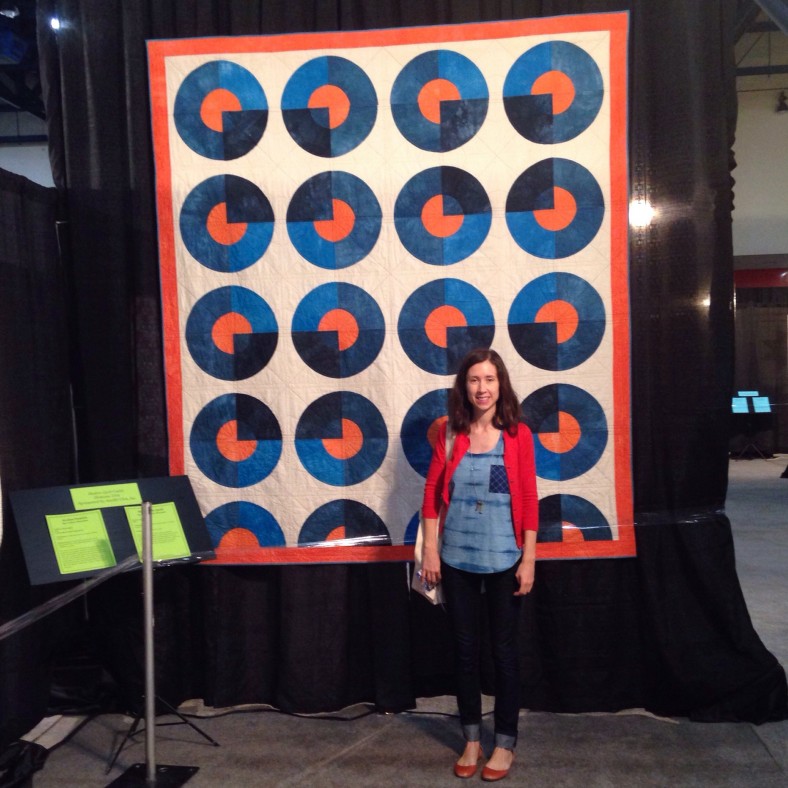