Even when you’re working with just 1 block, there is so much you can do when it comes to layout. Last week, we mixed things up by just moving the blocks around. Doing that not only changes the scenery, but it is also a great way to start playing with your layout and thinking about how your pieces can work together in different ways. 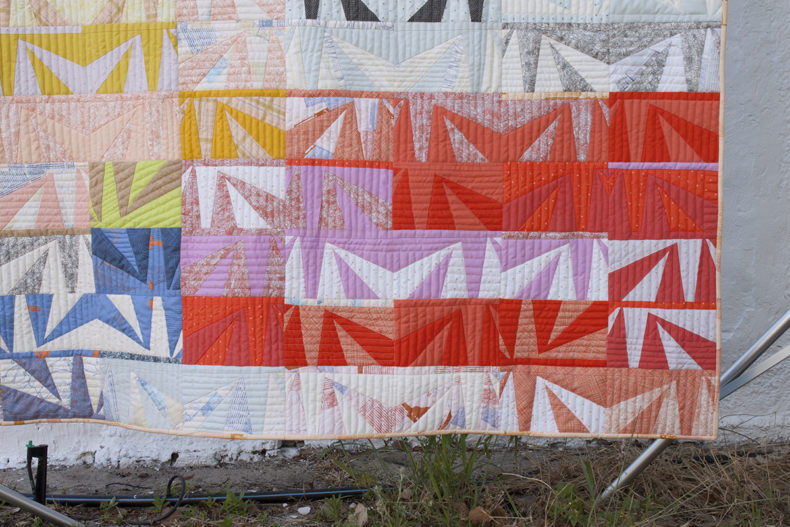 When it comes to borders, I love them. They can be an area of rest, or they can be an area to showcase some quilting or a special fabric–they can do a lot! In my first Eads, I knew that I wanted the block design to go edge-to-edge, which meant no official border. Despite that, I couldn’t help but think about how I could bring the idea of one in even though I wasn’t actually going to have one. If you take a look at my Eads, you’ll notice a chunk of red/orangey blocks–those were the result of my longing for a border. I was (still am) enticed by the idea of less-contrasting blocks that can be grouped together to become a border.

In the end, I didn’t group my red/orangey blocks into a tight row. I liked the idea of them being less formal and more integrated into the quilt which is why I grouped them the way that I did. 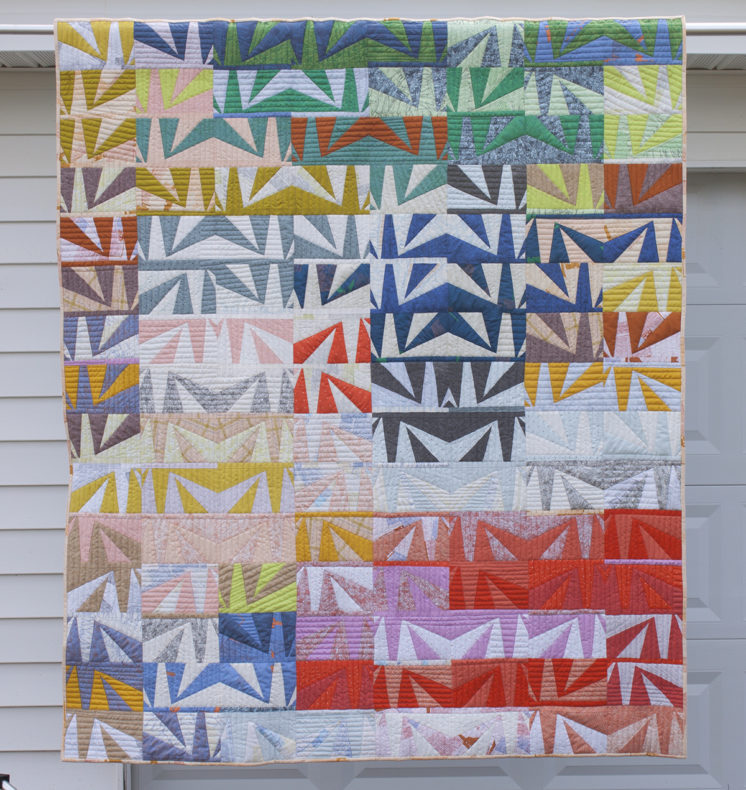 Having said that, with the next version, the idea of a more formal border created by the blocks is something I still think about. I’m not sure if it’ll happen in the end, I’m basically just going with the flow on this one, but it’s an idea that I wanted to throw out to you in case you’re someone who sometimes longs for borders like I do.

Here are the blocks for the week. 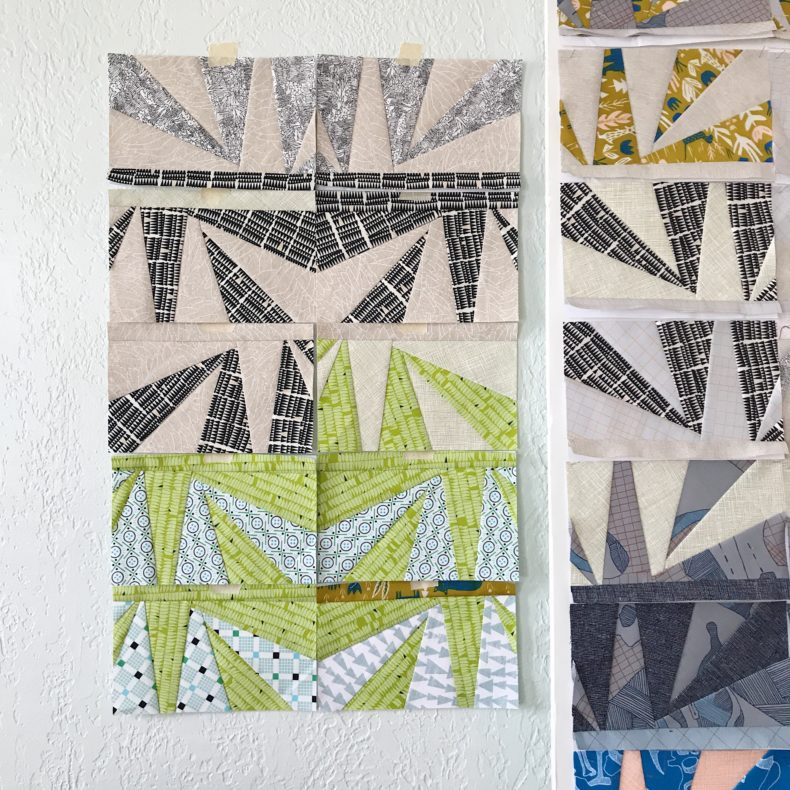 I jumped into that green piece from carkai and finished up the black piece from doe–both pieces from my initial fabric pull. There’s also a print from friedlander and then more UPPERCASE and back to some Lotta. 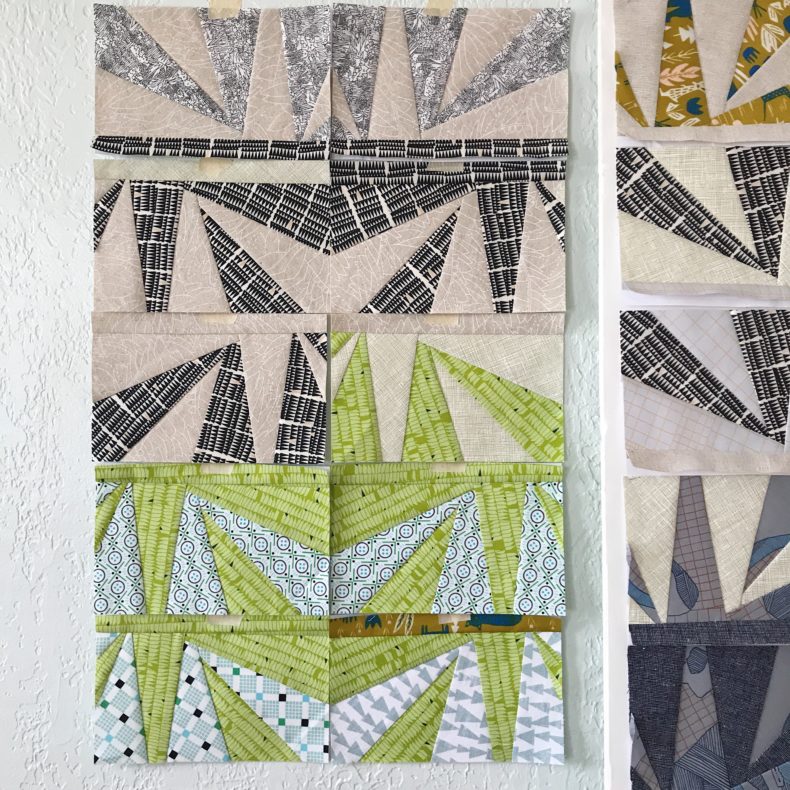 Some euclid was added in to continue on the linen/natural/texture-y trend that I seem to be into. 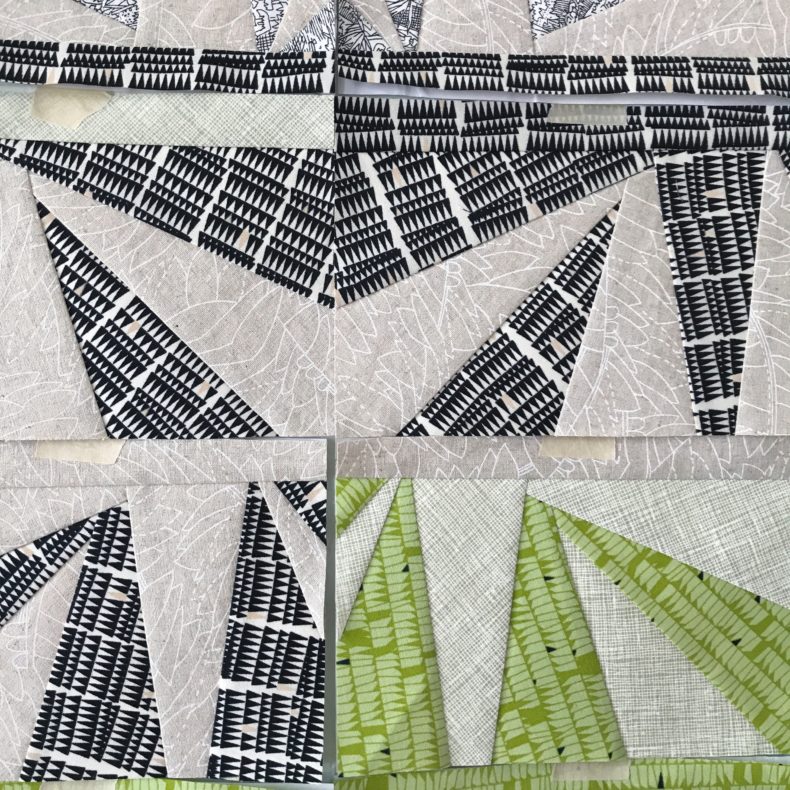 Do you look forward to finishing new blocks just to see how they fit into the whole? I really do. I find it to be a satisfying end to a sewing session to find places for the new blocks. 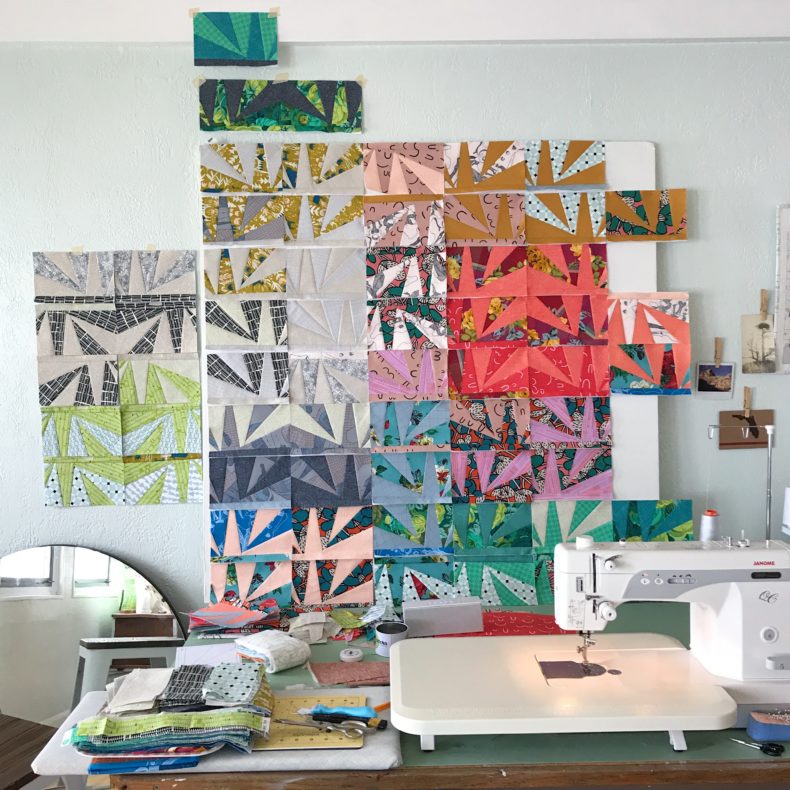 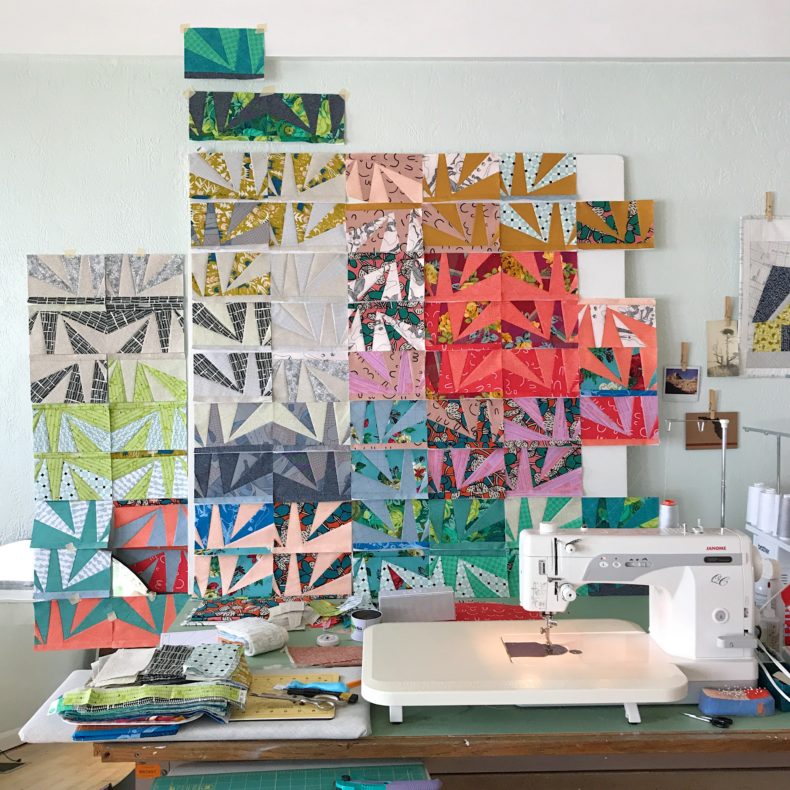 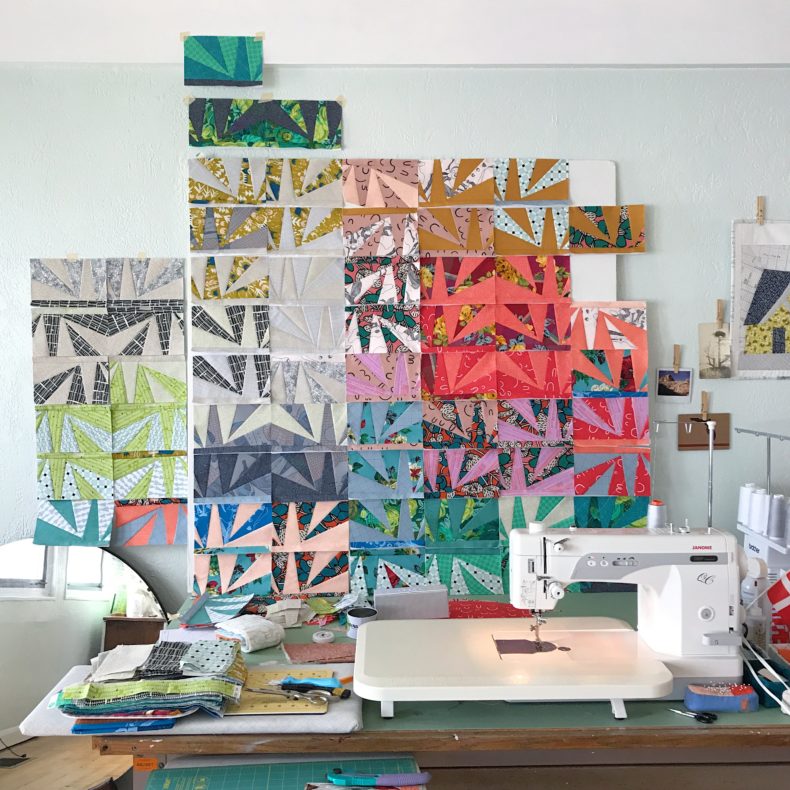 I really wanted to continue moving things around, but there are other things to be done, and I think I’ll leave most of the major layout-ing until the end when I have all of my blocks complete. 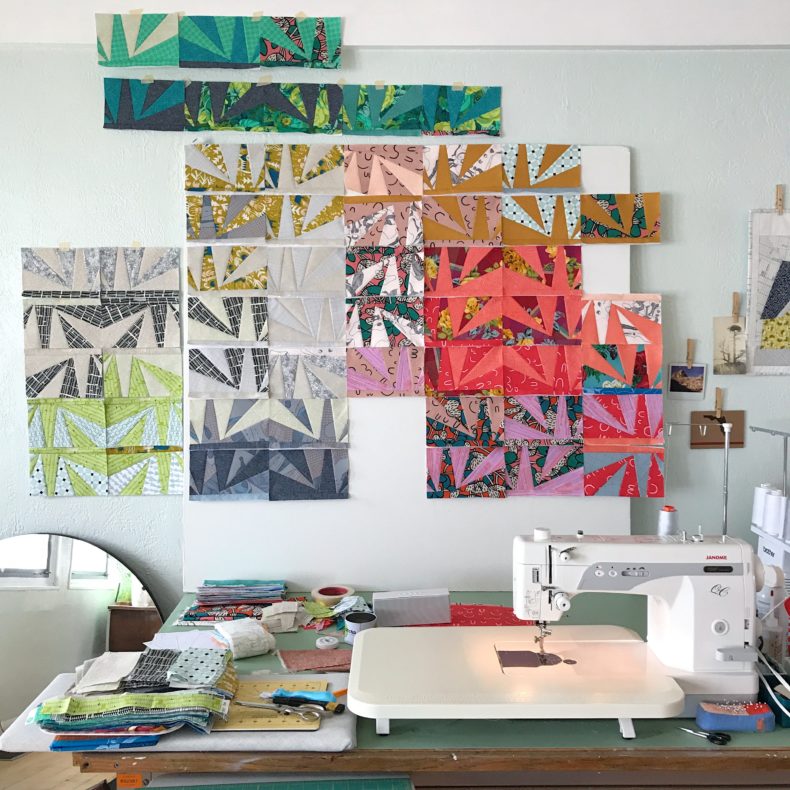 + Blocks don’t have to just be blocks. They can act as borders, delineators or blenders depending on their placement in the overall layout as well as on the fabrics that you choose for them.

+ Are you having fun or getting a little stressed out? Visually, things were getting a little too cluttered for me, not only because I have so many blocks, but also because they are really outgrowing the area, so I simply stacked some of them, and I may stack more. I just needed a little more breathing space on the design wall.

+ As a continuation from the note above, don’t pin all of your blocks on the wall at once. Instead, focus on smaller groupings that you can change out regularly. Not only will this keep things looking fresh, but the changing scenery will make you think of your project in new ways.