Eads Quilt Along #3: Other Project Sizes and Ideas.

Project sizes seems pretty obvious, but hang with me for just a minute while I explain why I think this is a worthwhile talking point for the week. When I was thinking about my own Eads project for this quilt along, I immediately started thinking about end goals for the quilt. Do you do that?

Obviously, a quilt to cozy up with for myself would be awesome. I know that I’ve already made one, but in reality it’s not one that will be in my hands very often. Many of my quilts are traveling with me while I teach or traveling on their own to shops, which means I’m rarely able to truly claim them as my own. That is not a complaint, it’s just a reality. Option #1 would be to hang on to this guy, which is a good option.

But I also thought of another option, which would be to shoot for making roughly the same number of blocks, and instead of making 1 quilt with them, make a few smaller projects. Out of 120 blocks, you could make like 3 baby quilts and a wall hanging. There are some babies that I want to make quilts for…and there’s a wall hanging that I’d like to make for a friend…so in theory I could kill a few birds with just one stone.

There’s also the possibility that you’re really getting into the process of pulling and picking fabrics. Yeah, I’m in this boat too. For that reason, I appreciated Carissa (@treadletothemetal) making note of it. (This is such a fun pull!) 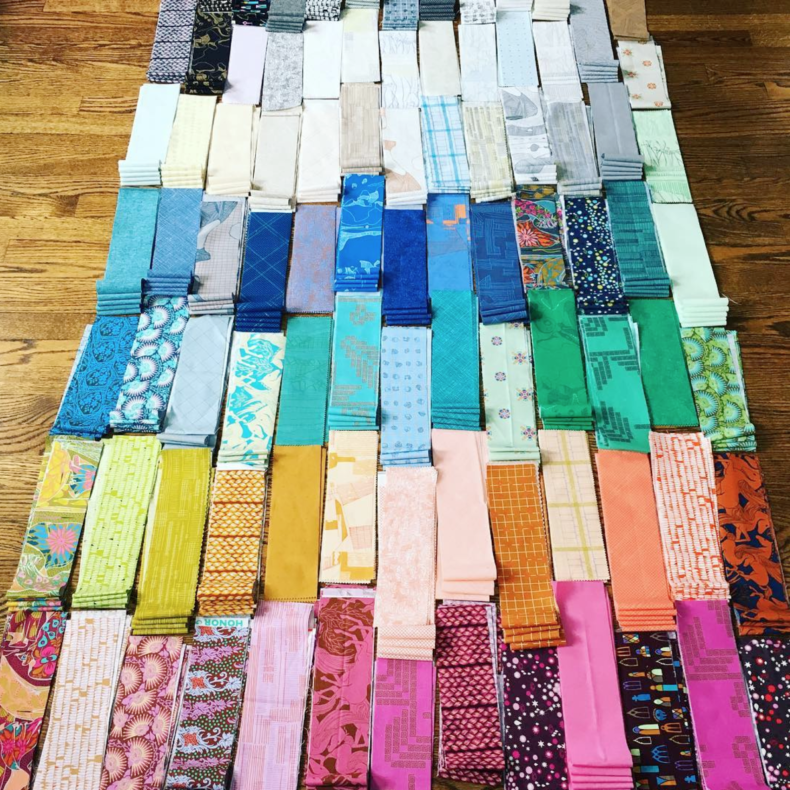 In this case, you could definitely consider multiple outlets for all the beautiful blocks that you’ll make. Or, you can also just make a MASSIVE quilt. That’d be cool too.

Last, there’s the idea that the creative direction that your blocks are taking are leading you down a variety of different paths. While I’m all about finding ways to connect those paths, I’m also not opposed to letting them be their own thing. By rethinking final project size and intention, you can give yourself the freedom to continue exploring without feeling like you’re wasting energy or sending yourself toward a dead-end. Just remember that there are a variety of end points for you to pursue. I think that the better goal is to stay creatively engaged in your project. The details can be worked out later.

Here’s where I’m at this week.

There’s something satisfyingly linear about this project. It’s almost like a tag team of fabric, where starting with one initiates a path to explore. 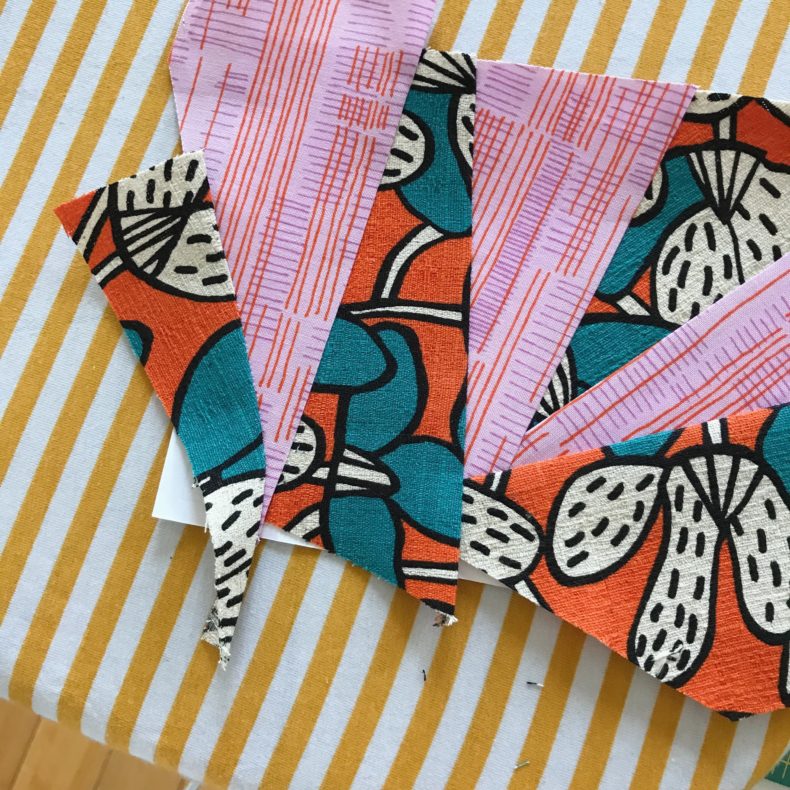 I’m finding the lavender path to be an area of interest. 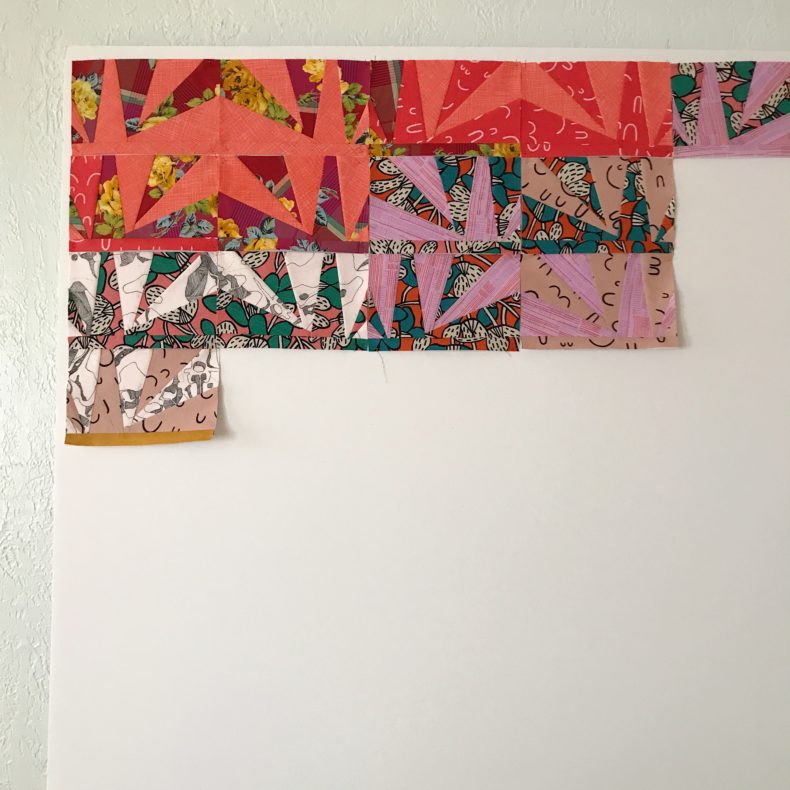 To be redundant on a point from last week, wardrobe choices worked their way into this batch of blocks as well. 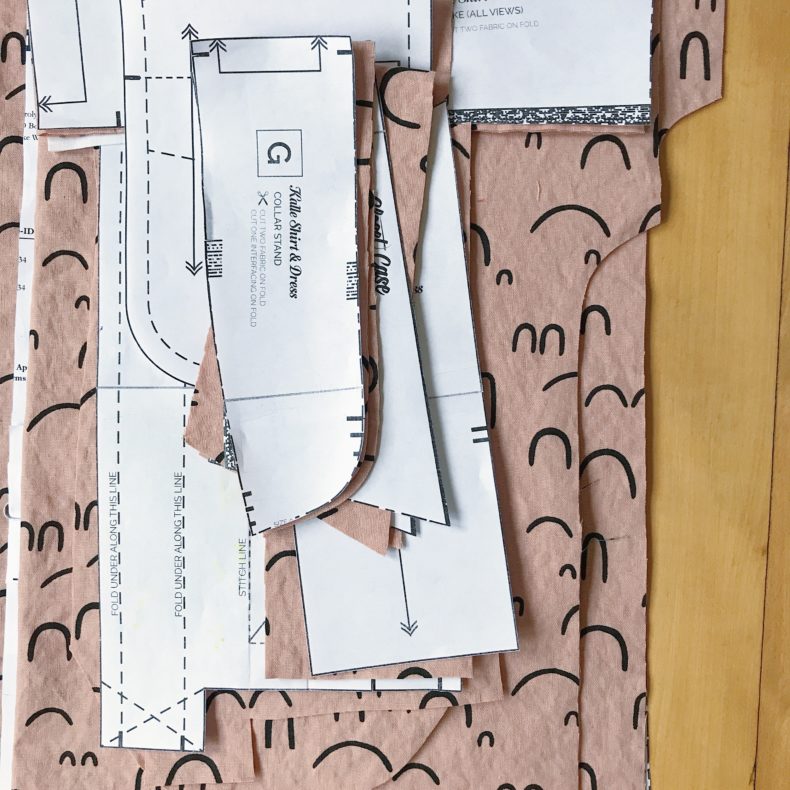 There’s more Arroyo (from Erin Dollar) that I want to add, but first I need to save some for a dress that I also want to make. It got cut out first, which ensures enough for both projects.

What goes well with warm lavender? Well, mustard and peach, of course! 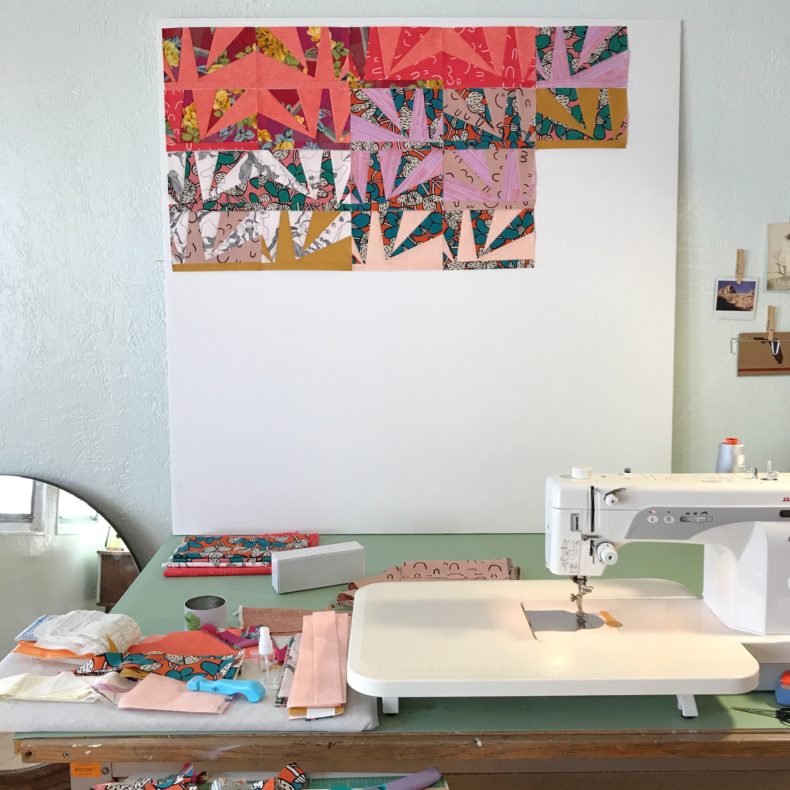 The mustard is from my recent friedlander collection, and the peach is the shade originally in my architextures collection. Fabric is so much fun. I hope you’re thinking so too. 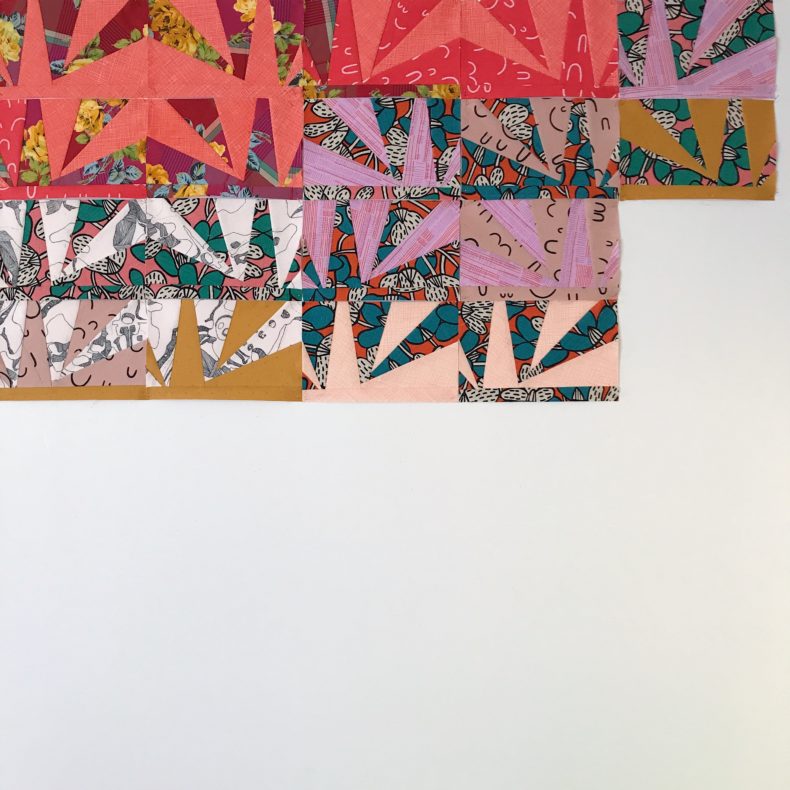 + Use the paper! Write notes to yourself about what goes where if you need a reminder.

+ Have you found yourself at a dead-end? While I have been working relatively linearly so far, I’m all for aborting ship if an idea starts to feel stale. Shake things up if you’re feeling that it’s time!

+ Pick the fabric for your next block before calling it a day. This will make it much easier to get in the groove when you have time to sew again.