This quilt top has been sitting around in the studio since 2014. But good news, this Bartow quilt is finally finished! 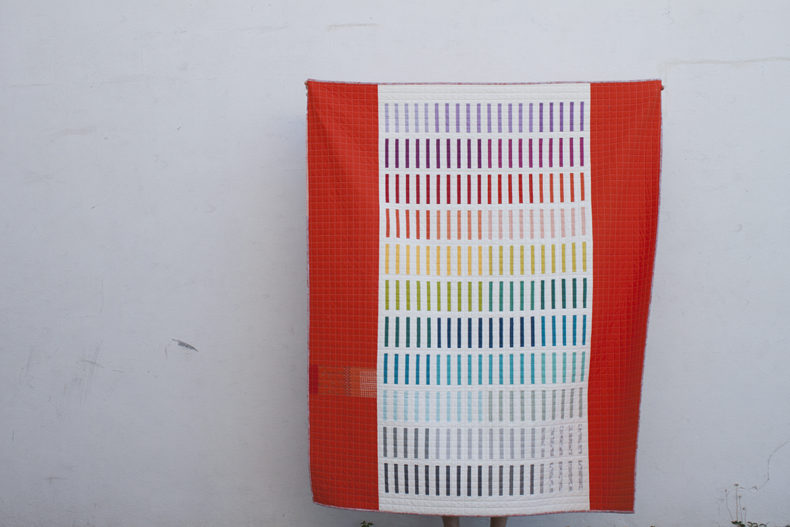 Back in 2014 Robert Kaufman released a new batch of Kona solids, and my Bartow design became a pattern that I created for that release. (Free pattern here, and notes on the first version here.) I’m pretty sure that this version was my first version, or at least it was where I got inspiration for the design. 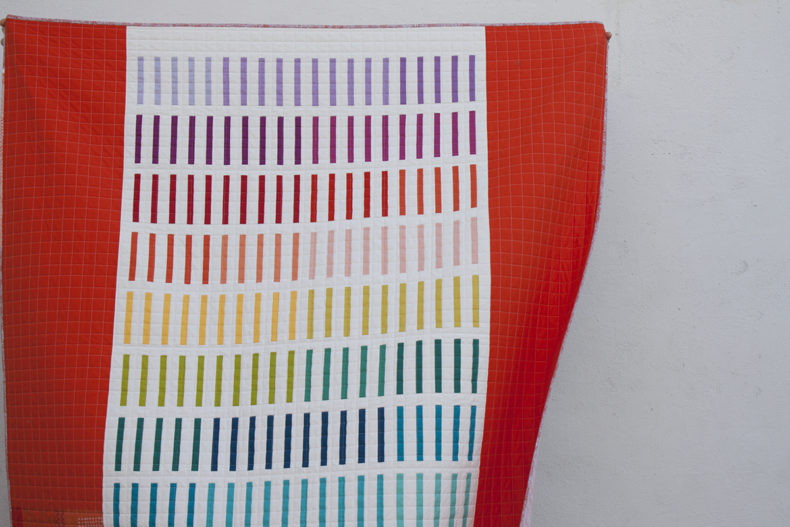 At a Quilt Market around that time I saw a charm pack featuring a custom palette of Konas by Elizabeth Hartman. Elizabeth does a great job putting together colors, and I really liked this set and how they were arranged. 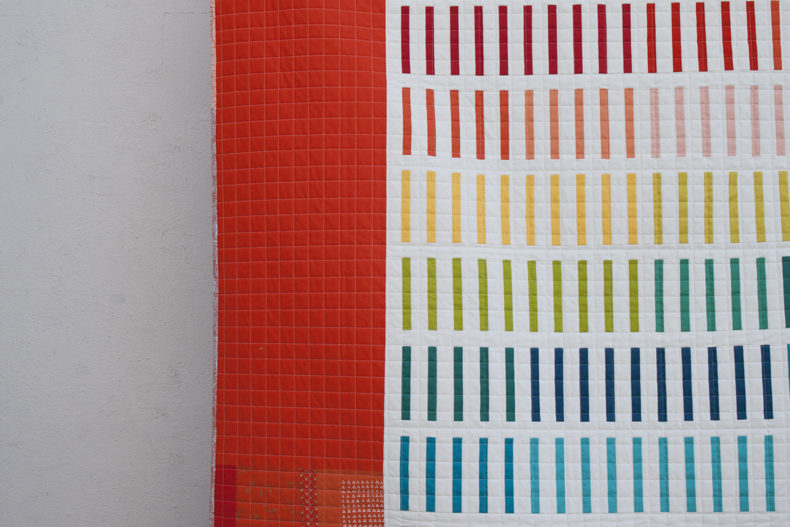 I wanted to have little slivers of all of the great colors transitioning in the same way that her charm pack was arranged across the quilt. Maybe it looks tricky, but it was pretty simple. I kept her colors in order and sewed them up by following the Bartow pattern. On my other Bartow quilt I kept the borders the same color as the background, but here I opted for colorful ones with a little bit of print mixed in. I think the borders here are mostly Flame Kona. 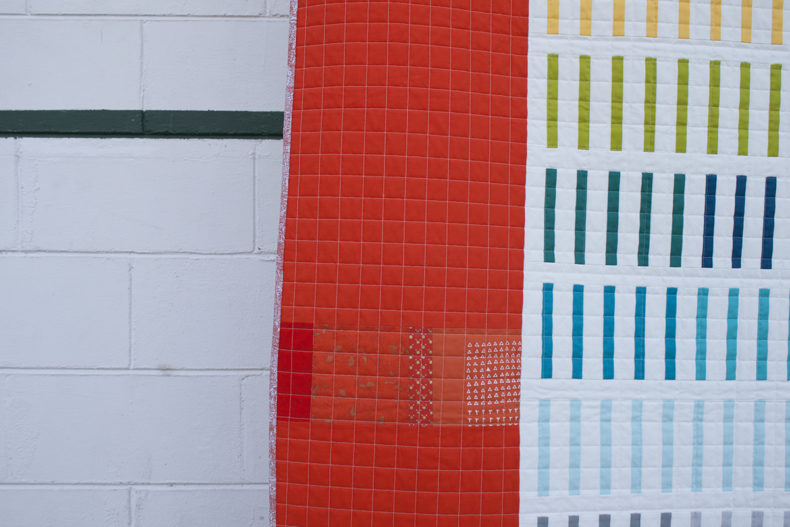 The top has been finished since 2014 and was sitting on a shelf in the studio. I dug it out and sent it off to Gina Pina to quilt. She quilted it up with a 1″ grid, and I just LOVE it. 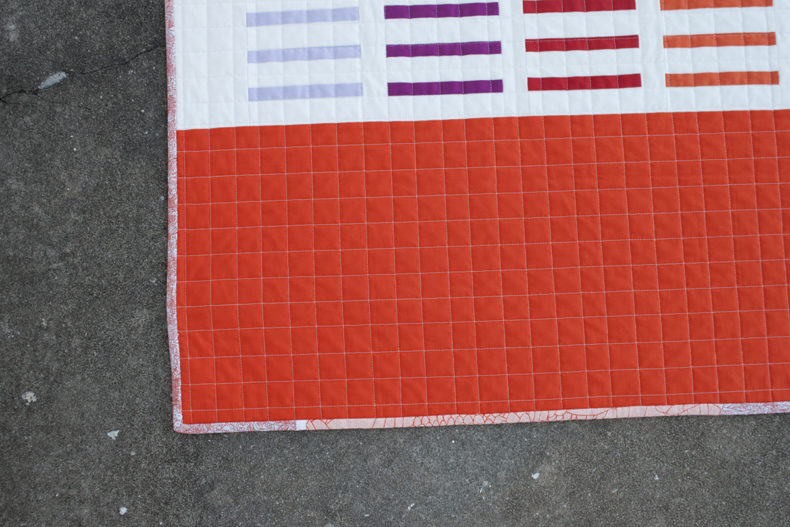 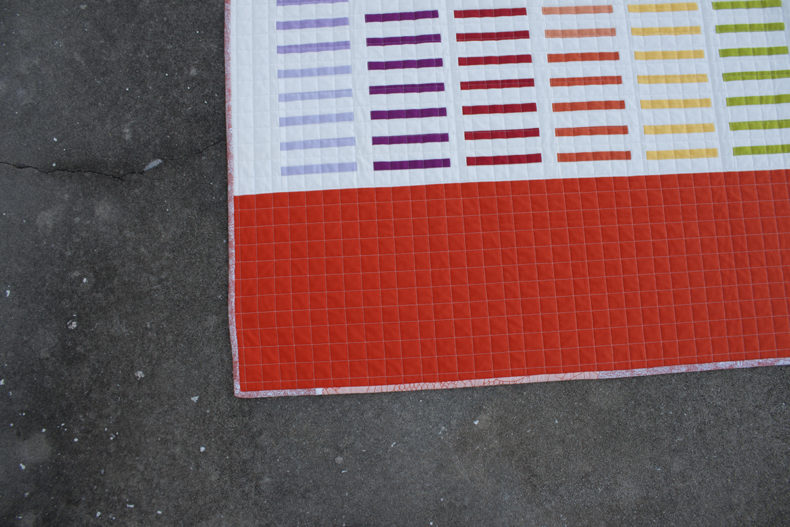 As for the binding, I had it in my mind to use a piece from Friedlander Lawn, but as I was sewing it together I realized I had a scrap of Polk binding that would be perfect to mix in as well. 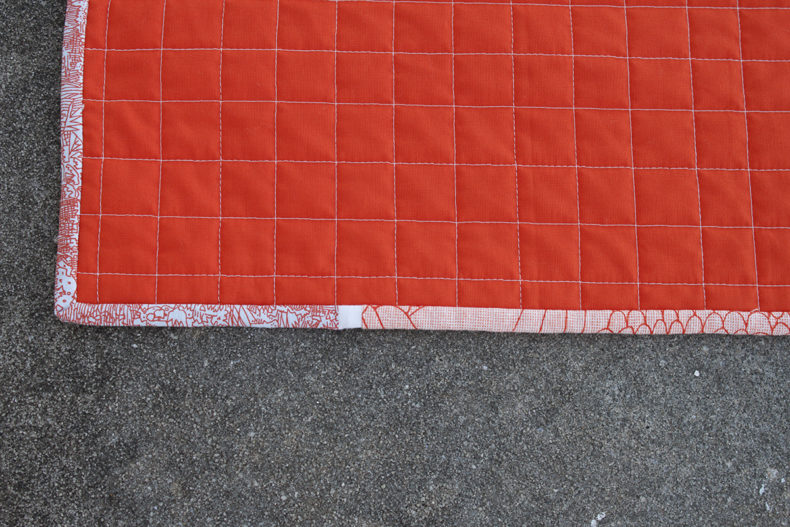 On the back is one of my Friedlander Wide prints. This colorway has been one of my favorites from that collection. It adds just the right pop to the back. 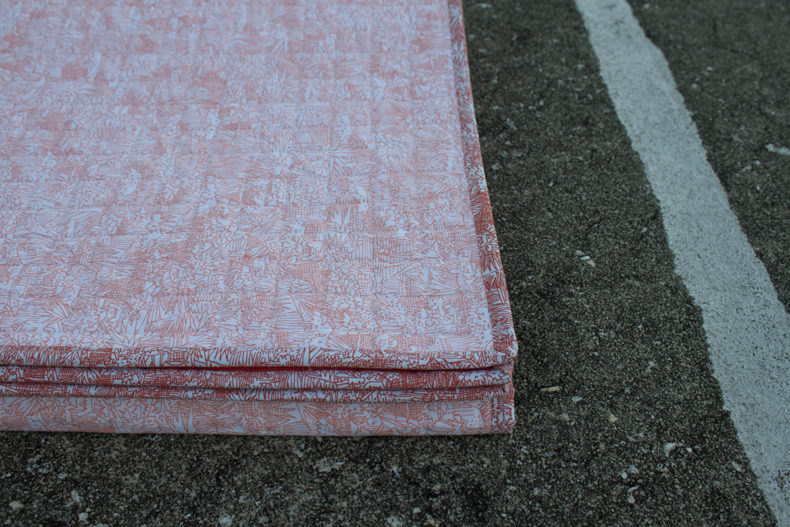 Feels good to have it finished! 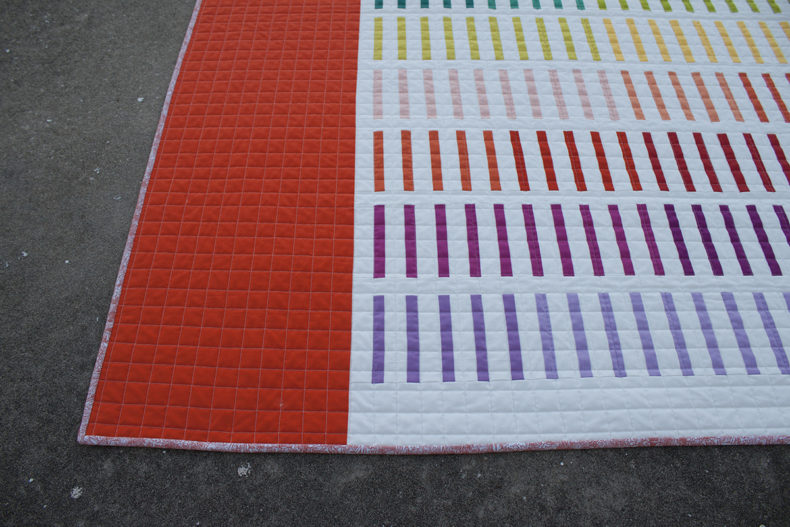 Pattern: Bartow (free pattern from me via Robert Kaufman) 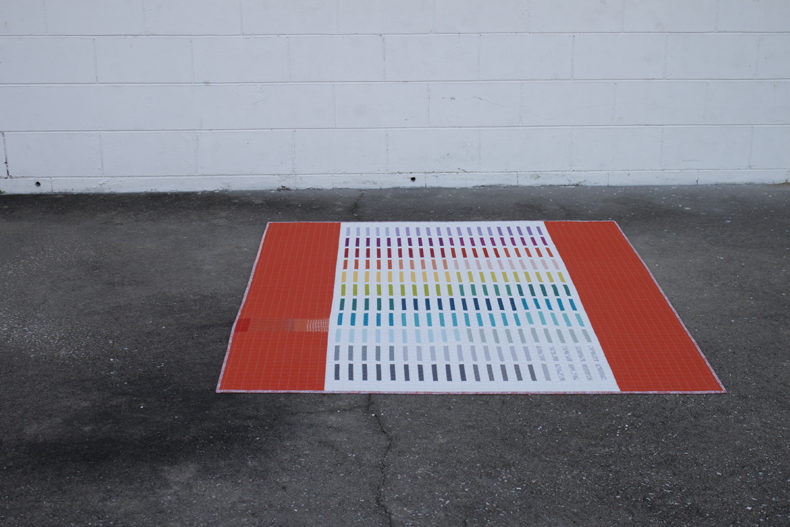